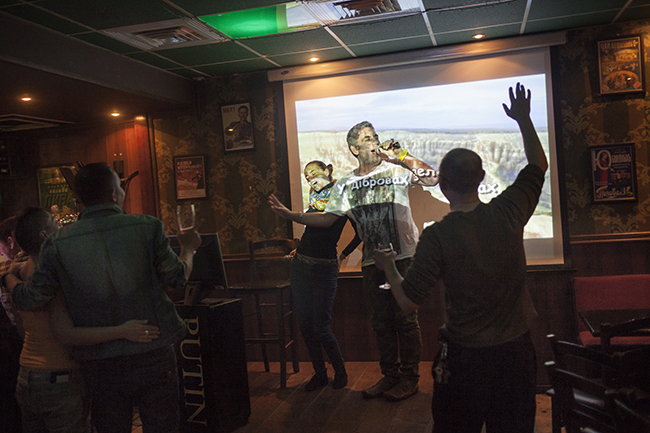 Jerusalem, Israel – 18th of March, 2014: Singing a traditional Ukrainian love song during karaoke night at the Putin Bar, the main hangout for Jerusalem’s Russian community, which includes several thousands of immigrants from the former Soviet Union. Upon hearing the song’s theme words “I love, I see” most people in the bar joined in, explaining that in Russia everybody knows it since their childhood. Earlier on the day, the Russian government formalized the annexation of Crimea, escalating a crisis which might result in a war with Ukraine – a prospect described by someone in the bar as both extremely scary and completely ridiculous for two countries that share much of their history, their cultures and even love songs.