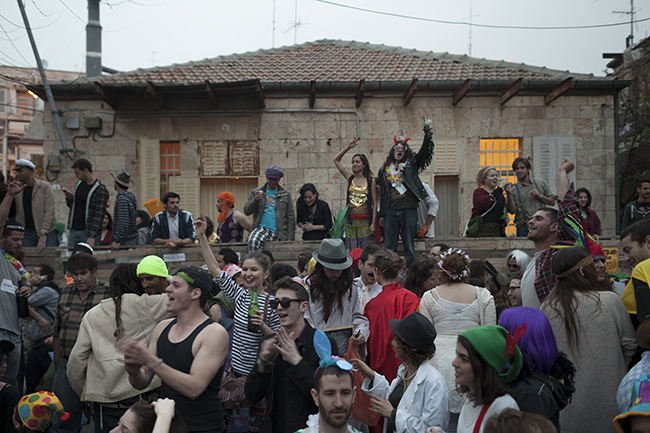 Jerusalem, Israel – 17th of March, 2014: Jerusalemites get drunk and dance at a street party in the Nachlaot neighborhood, during the holiday of Purim, which celebrates how the Jews of Persia were saved from an evil plot to destroy them. During the times of the Babylonian captivity, the king’s vizier Haman was planning to kill all the Jews. But thanks to the intervention of queen Esther, who revealed herself as Jewess, the king was alerted to the plan and convinced to kill Haman and let the Jews defend themselves. They duly proceeded to do so by launching a preemptive attack on their enemies which saw more than 75,000 people killed in one day. The following day they rested and celebrated their delivery from annihilation, in what became the holiday of Purim. But in the capital city of Shushan, which was protected by walls, the killing went on for another day, which meant the celebrations took place a day later. Since then the Jews who live in cities that have walls, as is the case in Jerusalem, celebrate the holiday a day later, in what is called Shushan Purim.

Especially in Israel, Purim is marked by all Jews, from the most secular to the ultra-orthodox, as celebrating and even getting excessively drunk are actually mitzvot (religious obligations). At the core of what is essentially the Jewish carnival there is the tradition to dress up in costumes, which probably originated among the Jews of 15th century Italy, many of whom lived in Venice. Alongside masquerading and getting so drunk as to “not being able to discern good from evil”, the holiday is marked by ritual readings of the Megillah , which tells the story of queen Esther, exchanging gifts of food, eating a special meal and enjoying Hamentaschen , a triangular pastry cookie shaped after the pockets of the evil Haman, who symbolizes all the defeated enemies of the Jewish people and whose effigy is also hung in the streets. Walking around the many street parties that erupted all across Jerusalem, it was hard to find any expression of sympathy for those whose slaying was being celebrated. “He was vicious”, commented one drunk reveler, “Haman was vicious and he got what he deserved”. 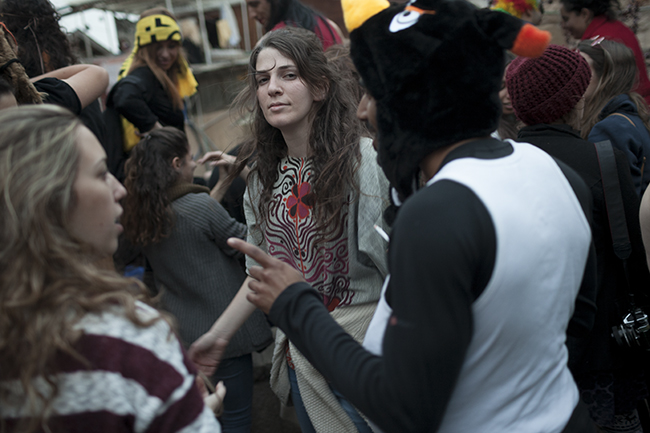 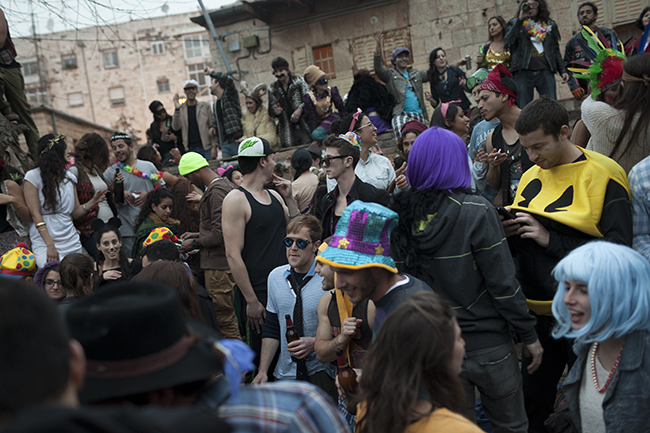 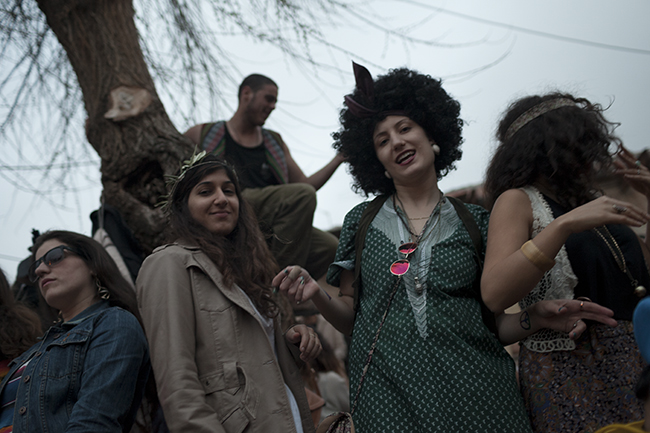 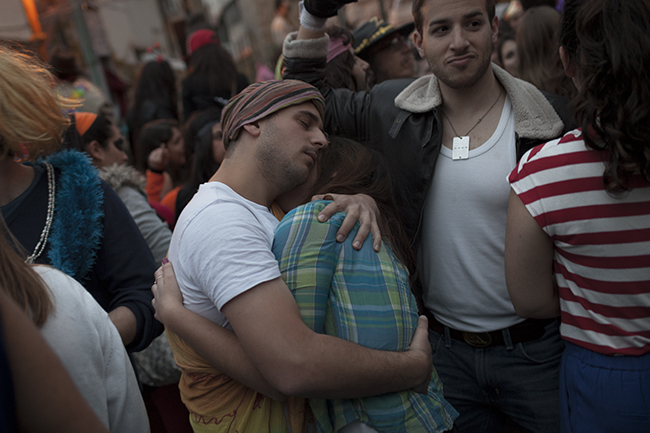 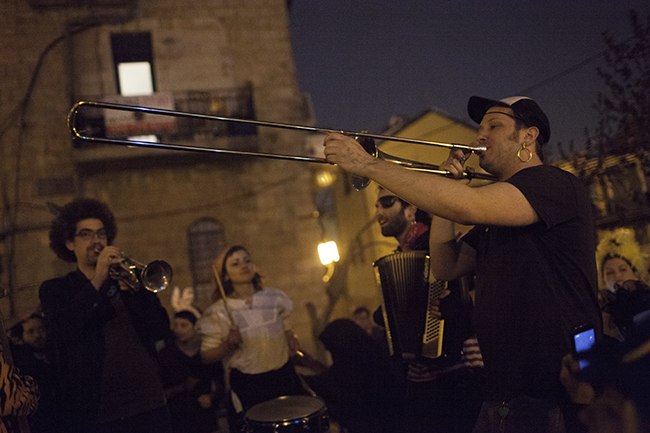 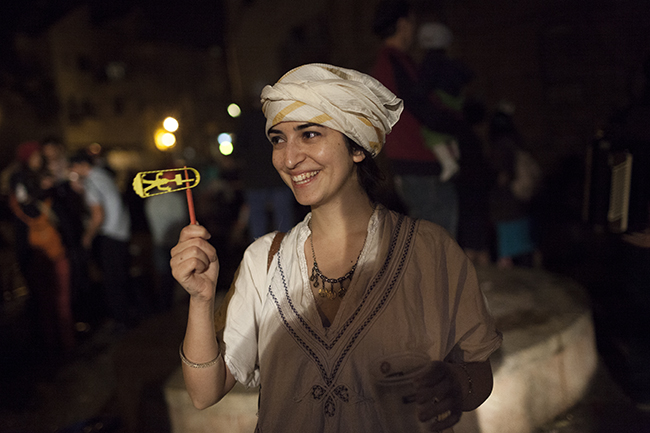 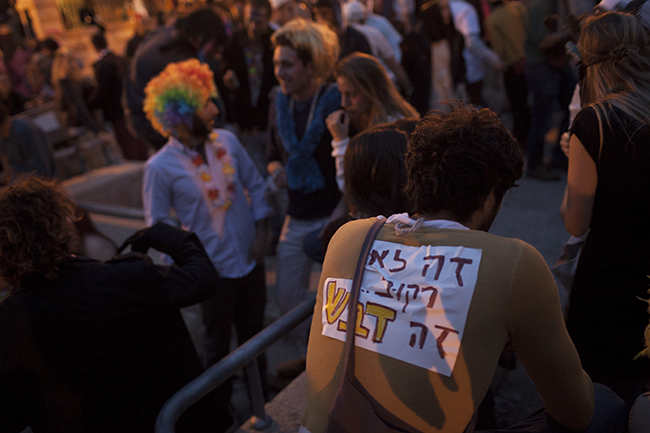 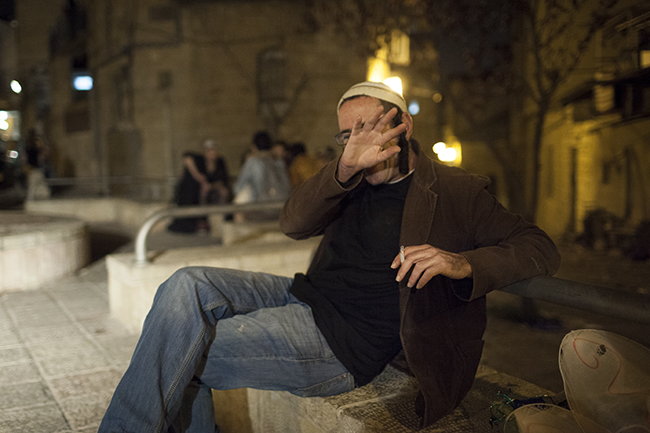 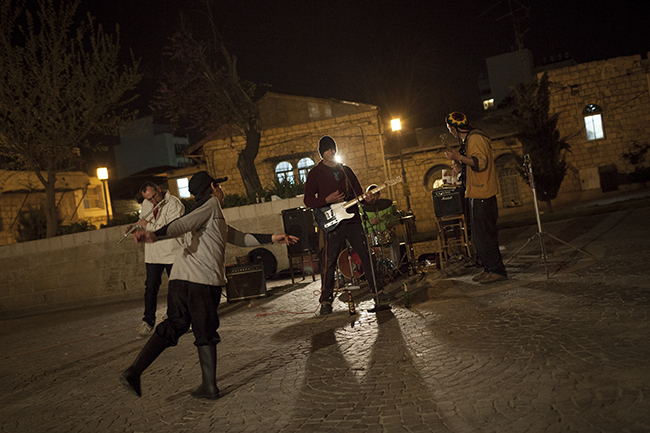 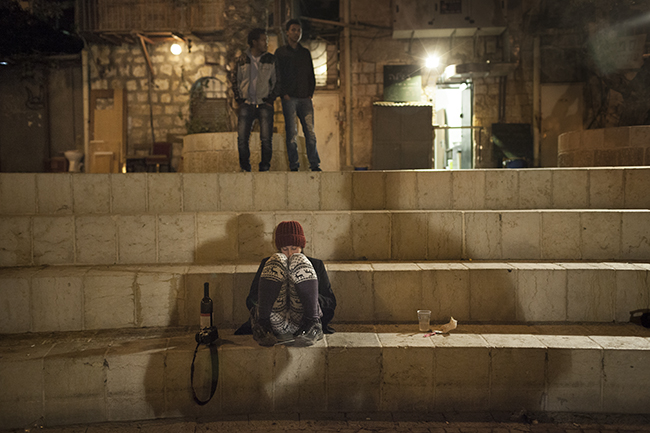 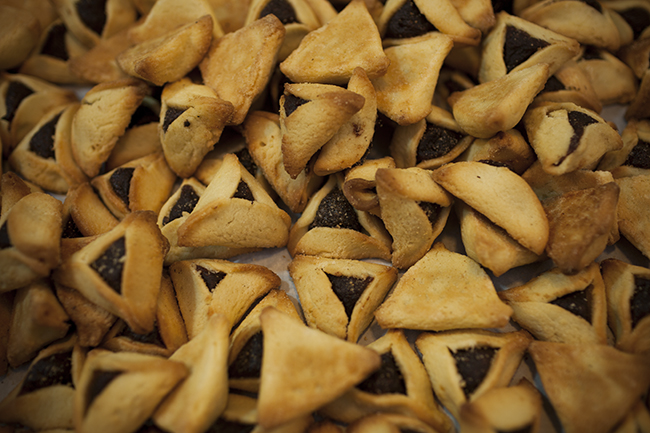