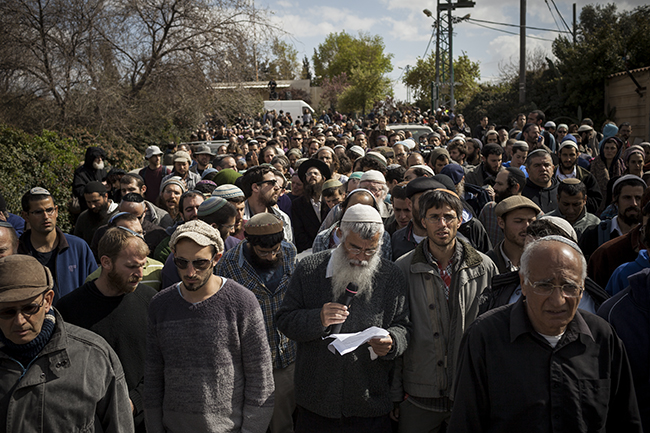 Ma’ale Rehavam outpost, Judea and Samaria – 2nd of February, 2013: Praying on the rubble of a caravan (portable house) in the Ma’ale Rehavam outpost hours after its demolition by Israeli authorities. At 8:00 a.m. a large police force showed up and without producing any demolition order or giving any explanation proceeded to demolish some eight caravanim, making about a dozen people homeless.