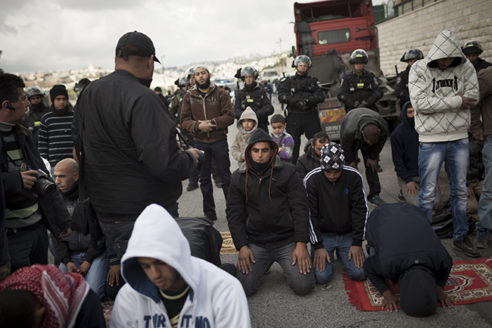 Ras al-Amud, East Jerusalem – 14th of March, 2014: Palestinian men hold their friday prayers on the street pavement in front of a line of police preventing them from accessing the Old City and the al-Aqsa mosques. As it often happens, Israeli authorities restricted access to Old City in order to prevent disturbances after a series of incidents which saw half a dozen Palestinians killed from Gaza to the Jordanian border.