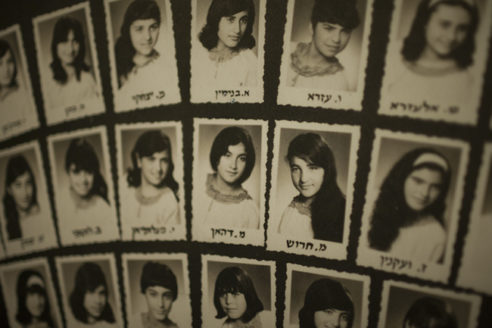 When hundreds of thousands of Jews from North-Africa and the Middle East were forced to flee their homes because of conflict between their countries and Israel, many found shelter in the empty houses of the Musrara quarter of Jerusalem, an Arab neighbourhood which became a no man’s land after the fighting of 1948 that divided the city. An exhibition currently on display at the quarter’s community centre tells theirs stories and those of their children through a collection of group portraits from the ’50s and ’60s.