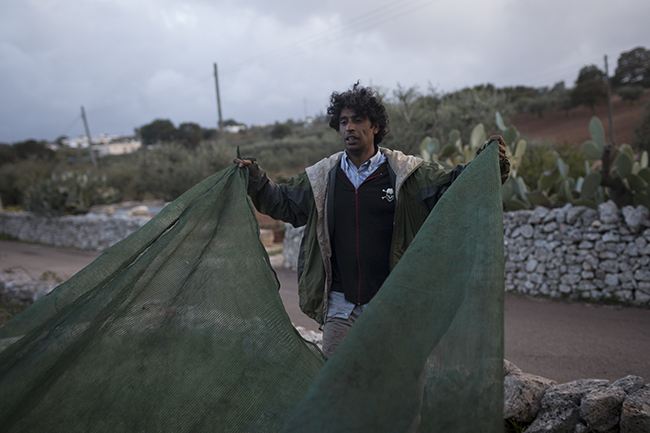 Like every year, people all across the Mediterranean sea embarked upon harvesting olives, as it has been for more than 7,000 years. Among the hills of the Valle d’Itria, in south Italy, most families have their own olives and pick them around November, before they fall off the branches. Usually by time people get around to do it, summer is long gone, turning the harvest in a cold race against the coming rain. The olives are combed from the branches, sometimes using electrical shakers, and collected into nets.

With its patchwork of small patches of land which are divided equally among siblings, the Valle d’Itria remains a territory of small-scale productions, and olive oil is no exception. Most families have a few trees somewhere, and use them to make enough olive oil to last for the year. While larger producers usually just put the nets under the trees and wait for the olives to fall off the trees, people here prefer to pick them earlier, which produces less oil, but of a higher quality.

The picked olives are washed and taken to the one of the many oil presses which serve hundreds of small producers. In order to keep the acidity of the final product low, and obtain the most healthy olive oil possible, the olives have to be pressed as soon as possible so as to avoid their oxidation. Being able to pick the olives and press them within 24 hours is one of the factors which sets these self-produced olives oil apart from the commercial ones.

We are talking about olio extra-vergine, meaning that is the result of the first pressing of the olives, which is then not treated, refined or altered in any way. What is left after the press is then sold by the olive presses to larger factories, which use it to produce the refined olive oils that are sold commercially. Olive oil lends itself to such activities for its property to retain the aspect of high-quality oil even when blended with products of lower quality.

Compared to the making of wine, with its alchemy of sugars, fermentation and temperatures, olive oil is a more straightforward affair. If the trees have been pruned properly, the olives just have to be picked at the right time and, especially if using a modern, sealed-cycle press, the job is done. The risk mostly lies in parasites such as “the fly”, an insect which lies eggs in the olives and is the scourge of organic farmers such as the ones in these photos.

All across the Mediterranean, the extremely longevous olive trees are highly valued by their owners, who must wait up to twenty years for production to really start, meaning that many pick olives planted by their parents, grandparents or even ancestors. One does not plant olive trees for him or herself, goes the saying, but for his or her children, making olive trees into a cherished symbol of attachment to the land. 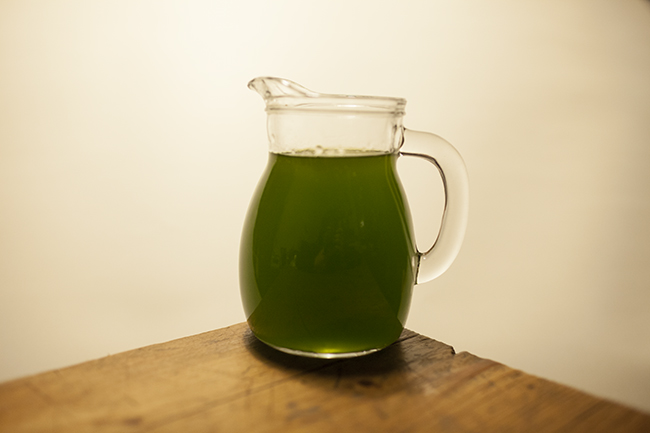 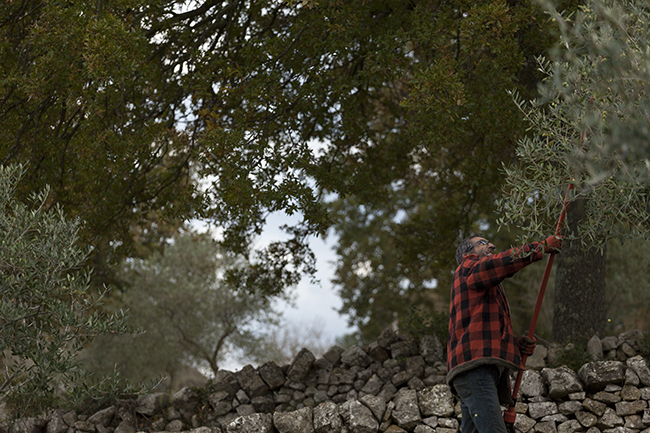 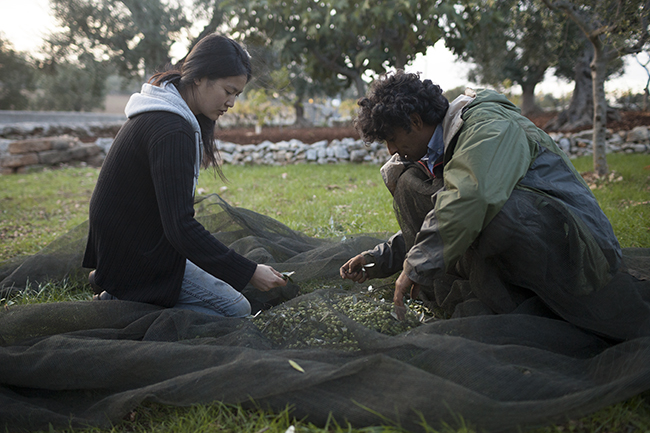 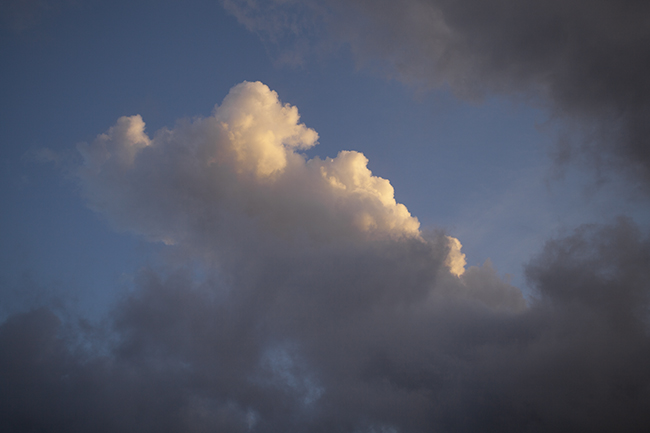 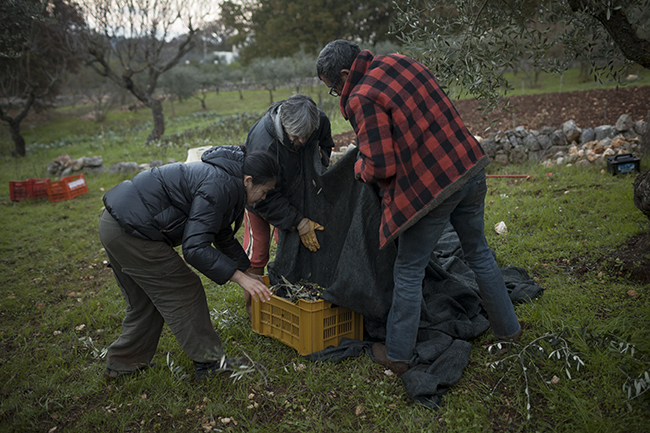 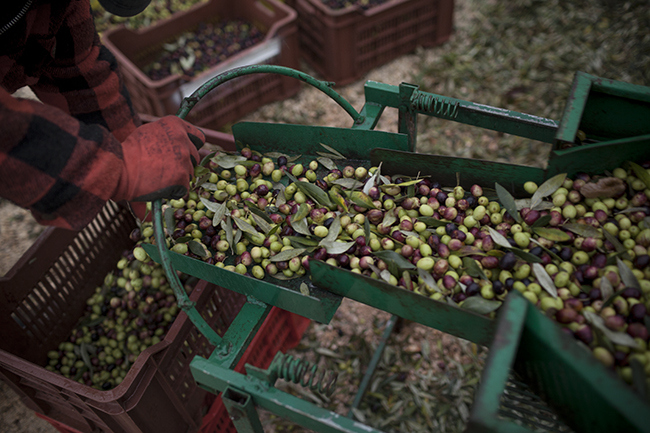 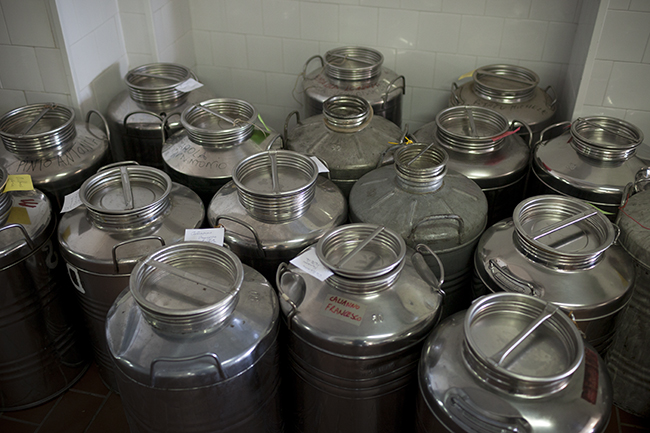 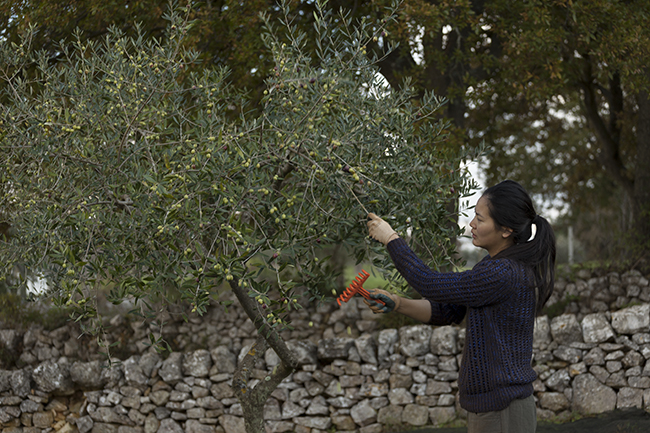 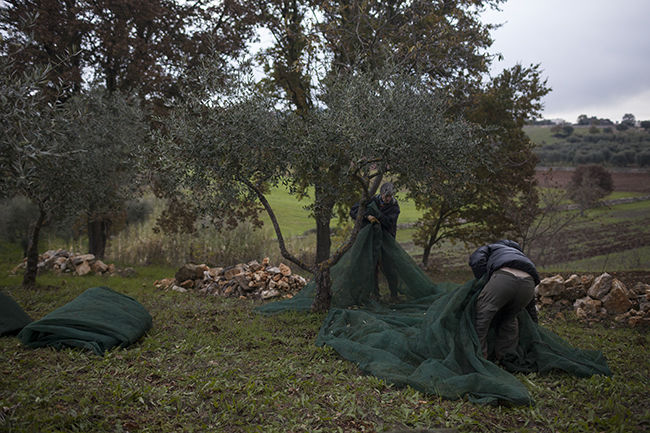 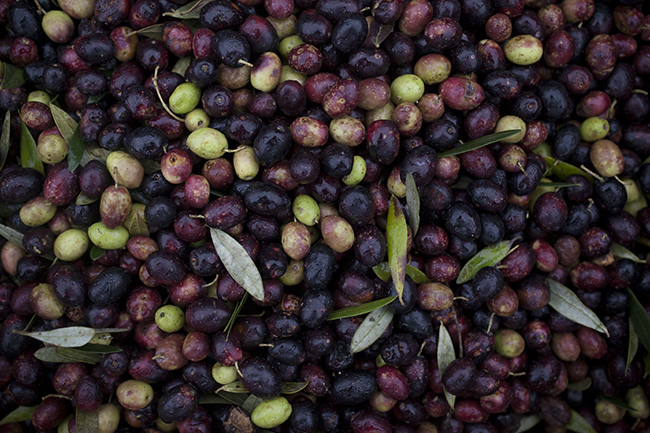 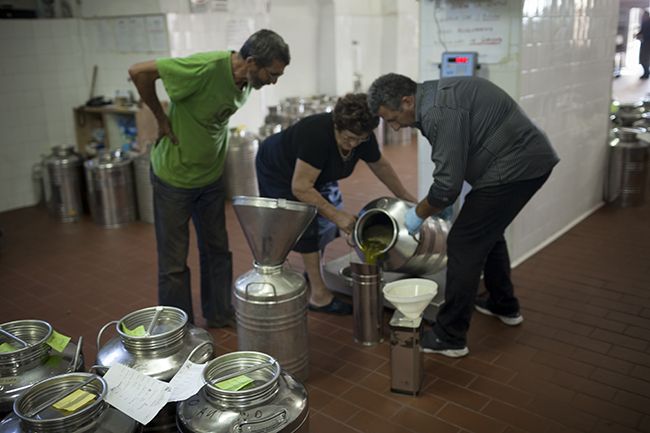 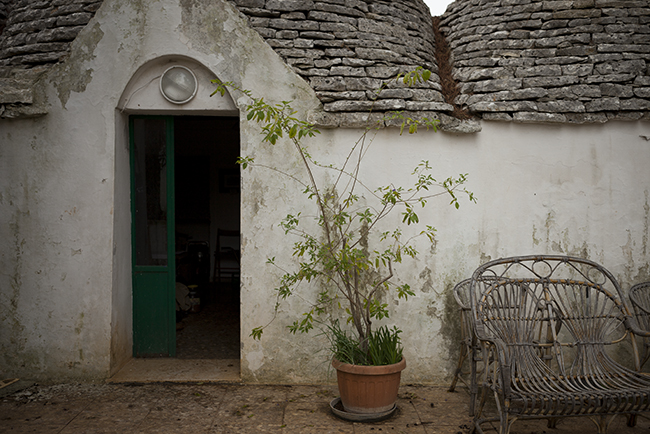