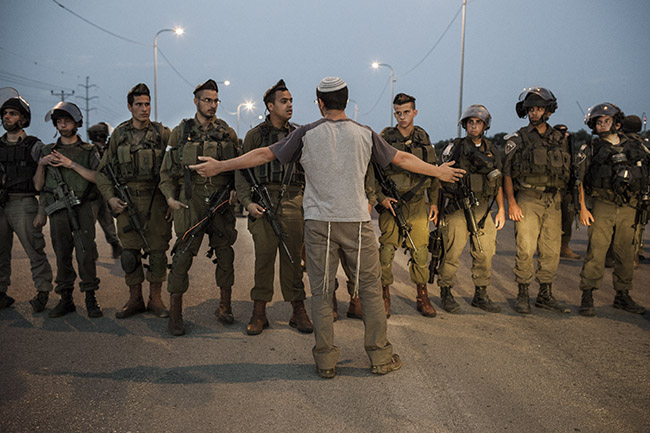 Tapuach Junction is an intersection at the heart of the Shomron (Samaria, the northern West Bank) used by thousands of Israelis every day, on their way to the many settlements that dot the region. On the morning of the 30th of March, a Palestinian man attacked Eviatar Borovsky as he waited to hitch a ride, stabbing him to death before snatching his gun and opening fire on nearby Israeli police, whom returned fire and eventually caught him as he tried to flee.

Under the banner that “Jewis blood is not cheap”, settlers held a demonstration calling on authorities to enforce better security, mostly by re-establishing the many checkpoints previously in place, which in their opinion would have prevented the attacker from reaching the junction armed with a knife. 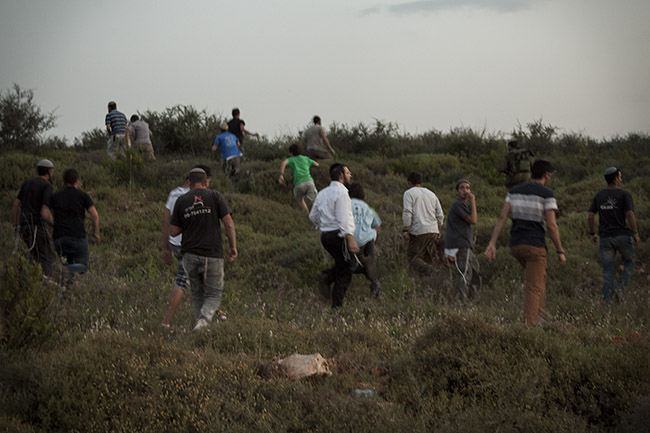 Shortly after the beginning of the demonstration a group of angry young settlers broke off and started running towards the nearby Palestinian village of Yabta, probably with the intention of retaliating for the murder. Settlers always try to exact revenge on Palestinians when attacked, both by the Palestinians themselves or by Israeli authorities. These retaliations are known as Tag Mehir, or Price Tag, and are meant to make taking action against the settlers too costly in terms of public order. Immediately after the stabbing of Eviatar Borovsky, his neighbours from the radical Yitzhar settlement went on a rampage, setting Palestinian-owned fiels on fire and throwing stones at a Palestinian schoolbus wounding two girls. 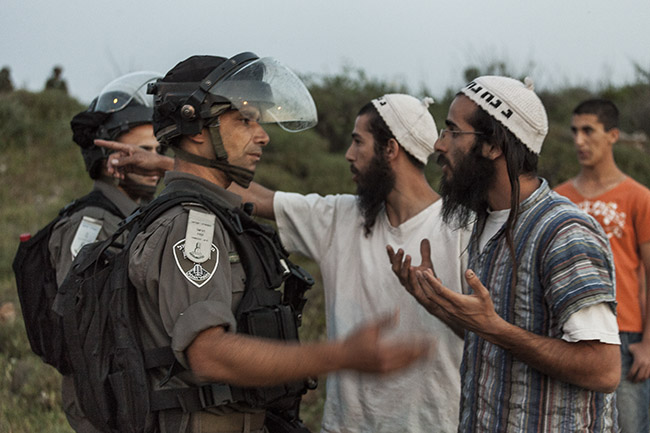 An Israeli border policeman pleads with settlers not to cause trouble and stop from trying to break through police lines in order to get to Yabta. Policing the militant settlers, who see themselves as doing God’s work and therefore in some ways above the earthly laws of the Israeli state, is never an easy task, especially for those security forces who in the first place are there to protect them. And as Jews are are not supposed to use violence on each other, the police and the army mostly refrain from using crowd dispersal means or excessive force against the settlers, while some of their members might sympathize with their aims, or even be settlers themselves. 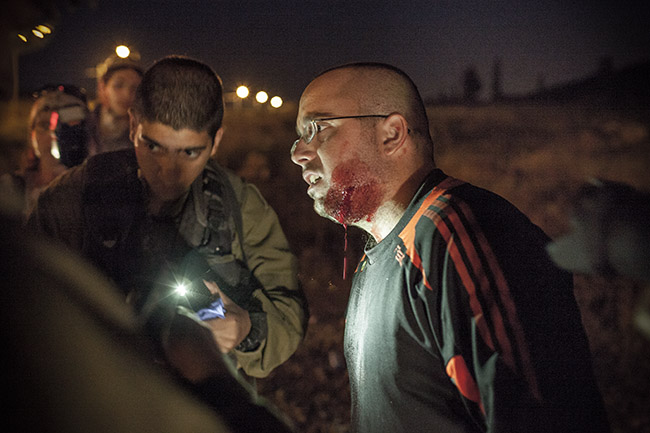 After much pushing, talking and arguing, a large number of Israeli border police and soldiers succeded in restoring calm and prevented the settlers from attacking Yabta, which they eventually managed to do later into the night. As the crowd begun to disperse, a Jewish man showed up with his face bleeding profusely, after having his car stoned by demonstrators who mistook him for a Palestinian.