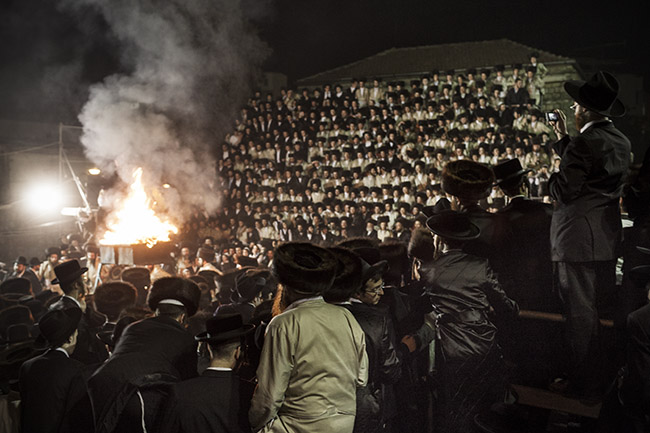 Jerusalem, Israel – 27th of April, 2013: Ultra-orthodox Jews celebrate the Lag Ba’Omer holiday by lighting a huge bonfire and dancing around it throughout the night.

The Lag Ba’Omer holiday marks the end of the Omer, a period of mourning that follows Pesach during which it is forbidden to marry, listen to music and get a haircut. Celebrated with huge bonfires, Lag Ba’Omer also commemorates the 2nd century sage rav Shimon Bar Yochai, and the day on which he revealed the deepest secrets of Kabbalah in the Zohar, the foundational text of Jewish mysticism, with the fires symbolizing the light emanated by the book’s teachings.

Today, Lag Ba’Omer is still celebrated throughout Israel with bonfires and outings to parks and the countryside, although there are differences on its interpretation: while religious Jews kept commemorating the ancient sage and his mystical teachings, Zionist institutions sought to reinterpret the holiday into a celebration of Jewish fighting spirit as symbolized by Bar Kokhba’s rebellion against the Romans. What lessons did the Zionist thinkers want the Israelis to draw from the rebellion’s ultimate tragic ending, which led to the near-eradication of Jewish life in the Holy land, still today remains the subject of controversy. 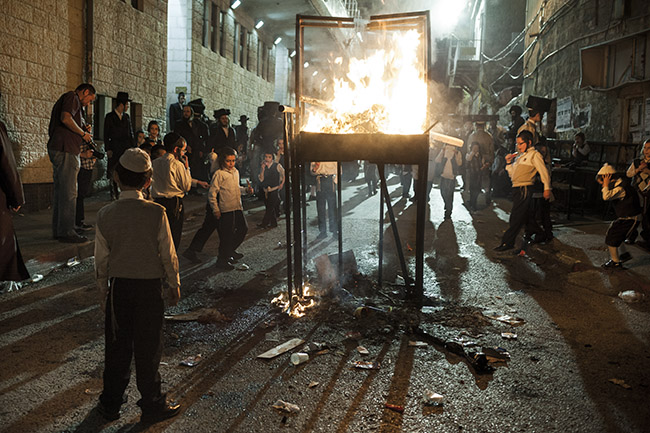 On the Lag Ba’Omer , bonfires are light throughout the ultra-orthodox neighborhood of Mea Shearim, which for one night is rather accessible to seculars and outsiders, with the usually fairly hostile locals not even complaining about picture-taking, an activity they usually resent heavily probably because of photojournalism’s obsession with their ritual and attires. 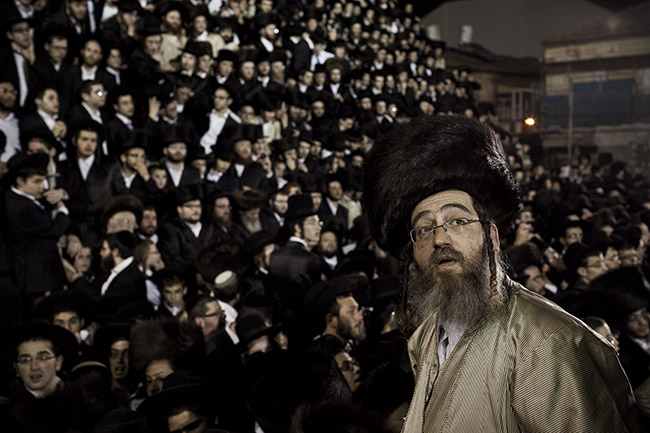 Lag Ba’Omer events are held by most communities and yeshivas, and they are open to everyone, regardless of the level of religious observance. 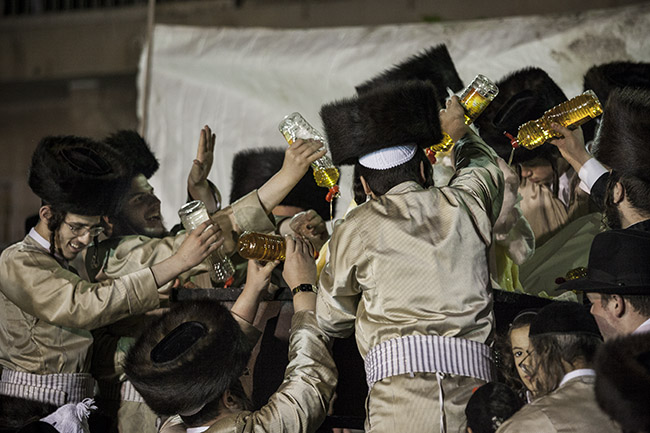 Haredim (ultra-orthodox Jews) pour flammable spirit on a pile of cotton to be lit on fire while a speaker lists the various communities from abroad who have come to join the celebration, reading out the amount of their financial donation to the local community. 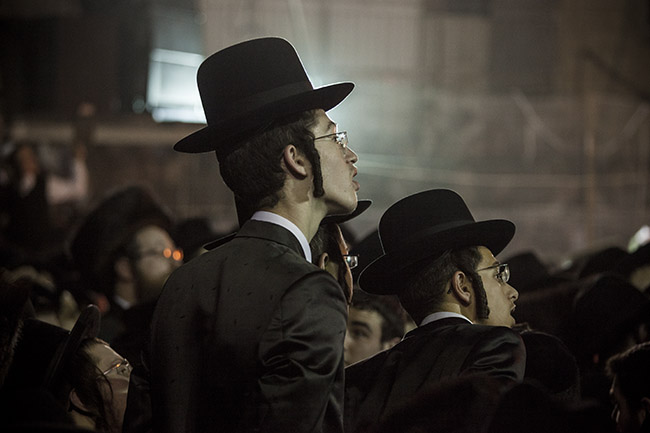 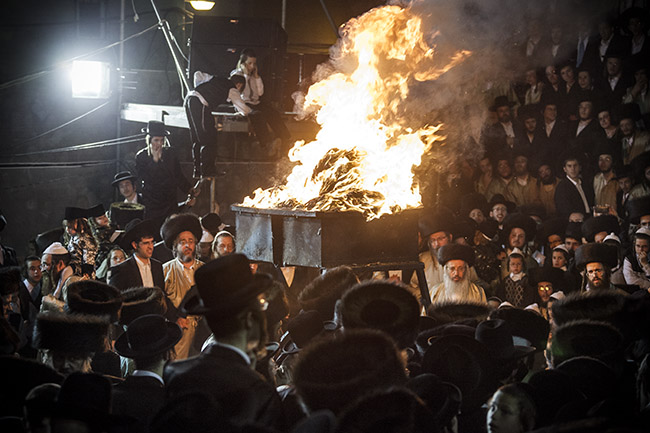 Haredim sing religious songs and dance around the Lag Ba’Omer bonfire. In Jewish mysticism, the light of the bonfires symbolizes the truth of rav Shimon Bar Yochai’s kabbalistic teachings revealed in the Zohar, whose title itself means “splendor”. Based on alternative intricate readings of the Jewish religious text, which traditionally are not to be attempted before reaching the mature age of 40, the Zohar emphasizes an inner search for communion with God. 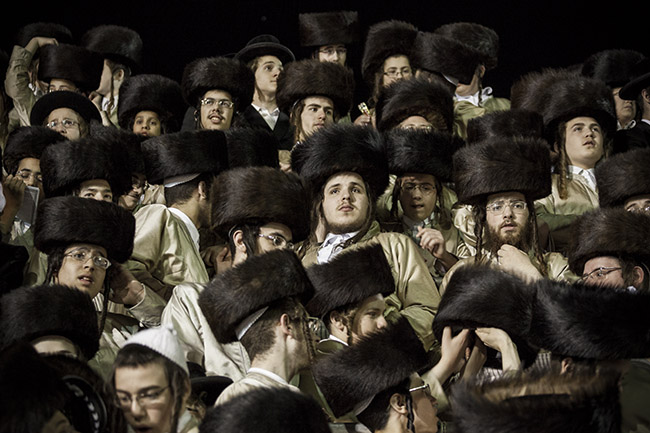 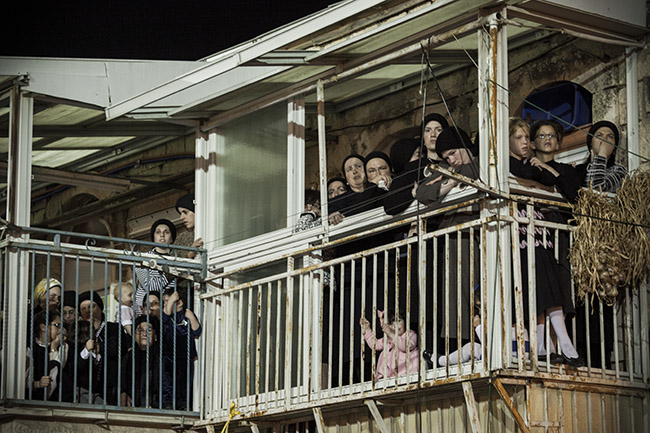 As with all haredi events, a strict gender segregation is in place. While some women are allowed to enter, and to watch the event through a curtain, many end up watching the Lag Ba’Omer celebrations from their balconies. 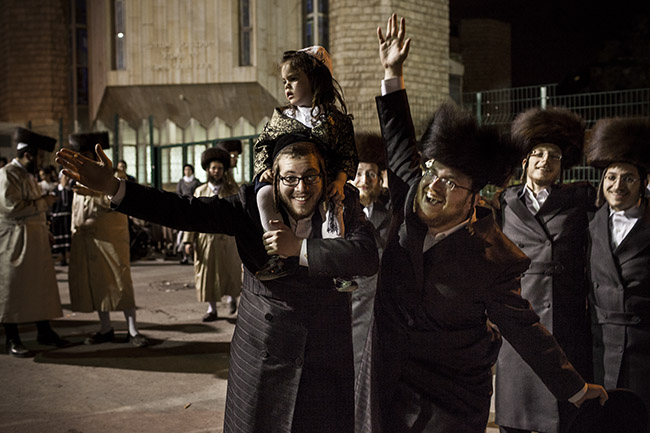 One of the main elements of Lag Ba’Omer is the celebration of children, with some religious communities such as Chabad holding children’s parades throughout their neighborhoods. 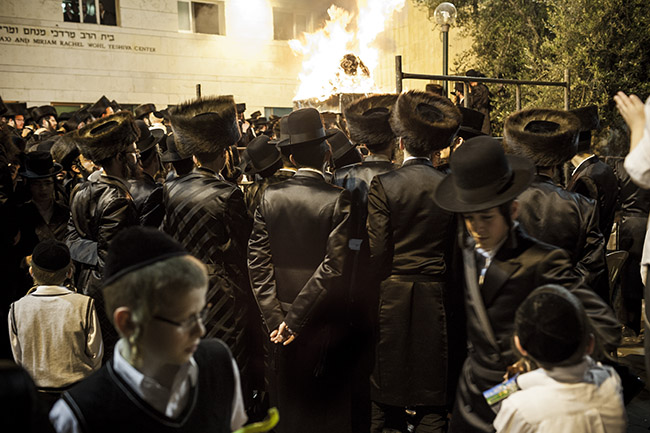