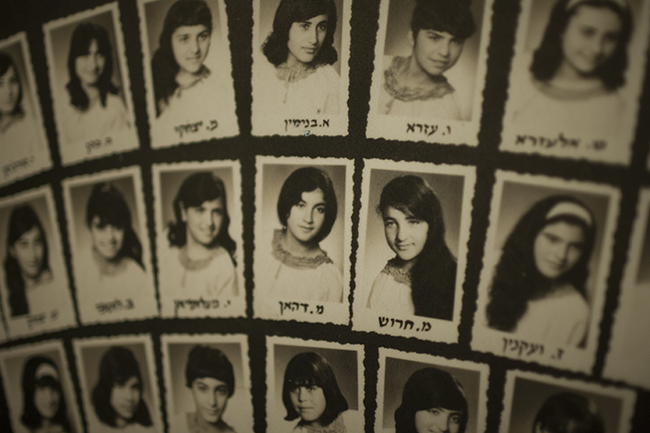 When hundreds of thousands of Jews from North-Africa and the Middle East were forced to flee their homes because of conflict between their countries and Israel, many found shelter in the empty houses of the Musrara quarter of Jerusalem, an Arab neighbourhood which became a no man’s land after the fighting of 1948 that divided the city. An exhibition currently on display at the quarter’s community centre tells theirs stories and those of their children through a collection of group portraits from the ’50s and ’60s.

Curated by the photography department of the Musrara School of Art as part of its collection on the history of the quarter, the exhibition “Group Portrait” gathers family photos, school portraits and memories from what must have been an extremely complex time. While they maybe found the area’s Arabic stone-house and narrow alleys familiar, the Arabic-speaking new olim (Jewish immigrants) did not find an easy life in the Land of Israel. Suddenly torn from their homelands, many of them had a hard time to work out their place within Israeli society and its history of conflict with the Arab world. Their way of life, their looks and their accents must have looked strange, and maybe even a bit threatening, to the already settled ashkenazim and to their European aspirations for the new country they had just established and defended in a bloody civil war with practically all of the Arab neighbours. Often much more traditional and religious than the Israeli “new Jews”, the mizrachim were widely regarded as backward and therefore in need for re-education in all matters concerning modern life and especially zionism, an ideology many of them had never come in contact before.

In what at the time was a deserted, half-ruined cluster of houses right on the frontline diving East and West Jerusalem, littered with unexploded ordnance and often fired upon by snipers, the inhabitants of Musrara lived more or less in a slum, also because few people would rent houses to them anywhere else. Looking at their portraits and reading their names, some which have been scribbled on the photos by visitors to the exhibitions who recognized them (or themselves), one wonders as to what was it like to go to a school where the young Dahan, Ezra or Harush studied every day under the guidance of mrs. Zuckenberg, Helpgot and Schlesinger. It must have not been easy, as shown by some reports of school meetings also on display, where a teacher defines as “a bit retarded” many of her students, “and their parents, too”. However, life went on and the people of Musrara somewhat improved their situation, be it by struggling for equality with the “Black Panthers” radical organization or by simply working their way up in society, restoring their dilapidated houses along the way as Musrara turned into one of Jerusalem’s most beautiful and interesting neighbourhoods. 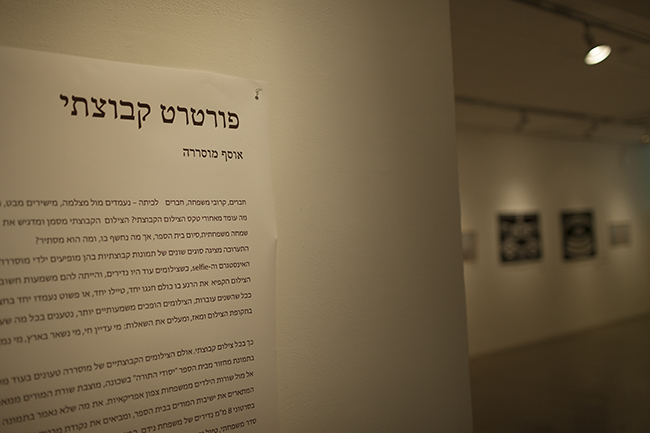 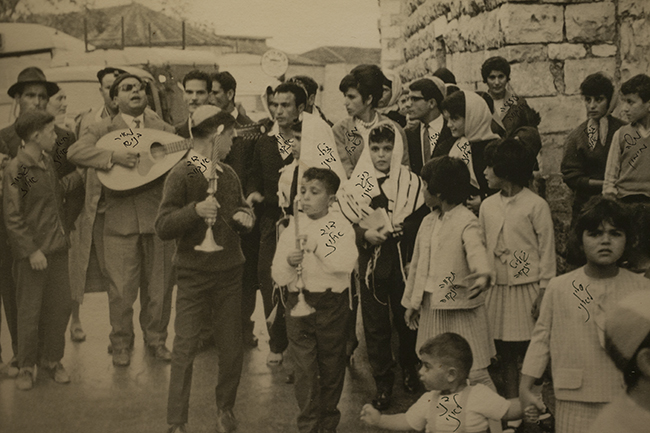 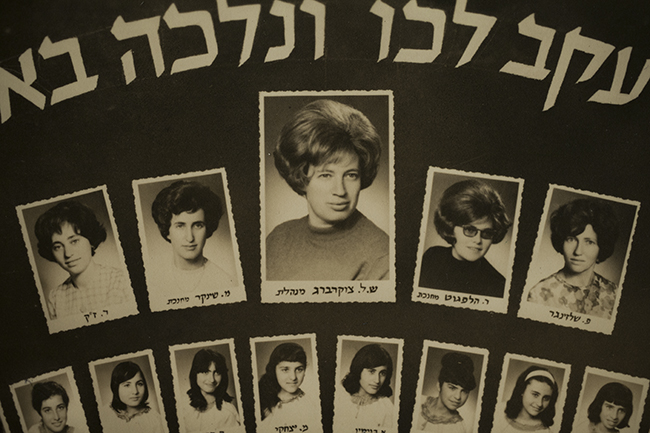 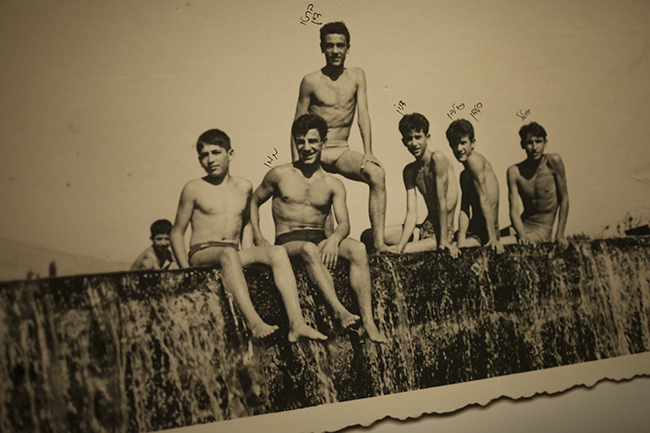 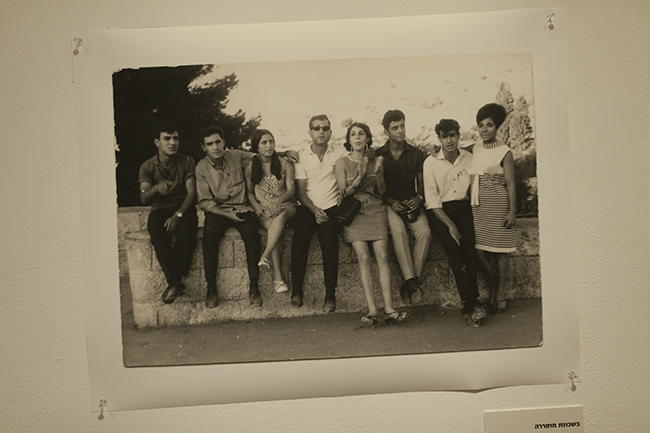 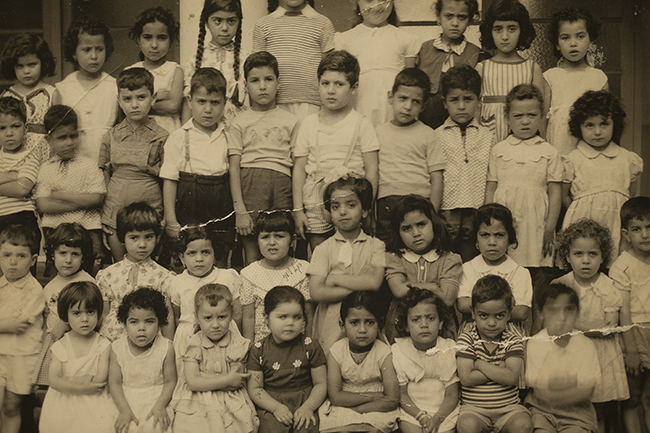 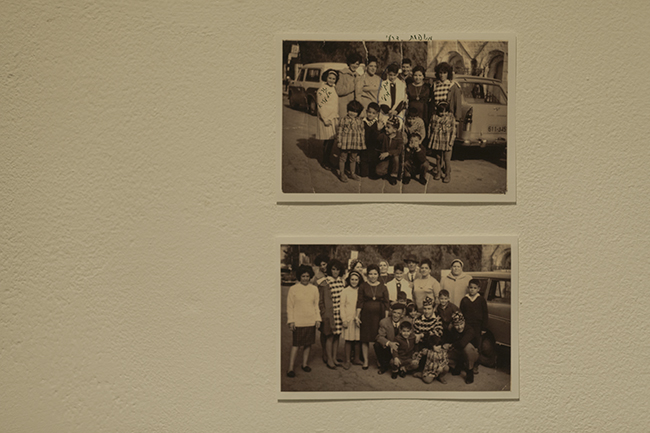 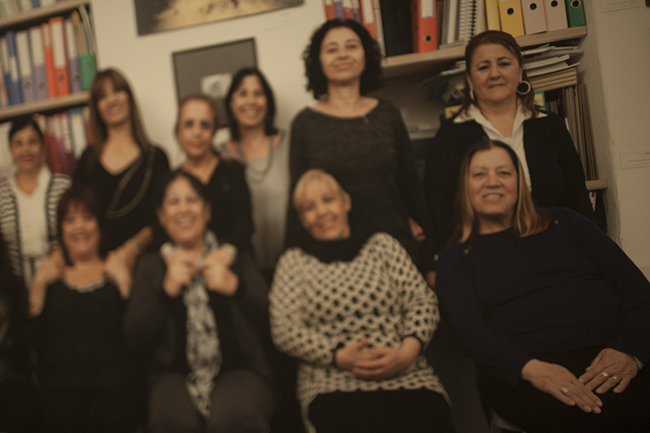 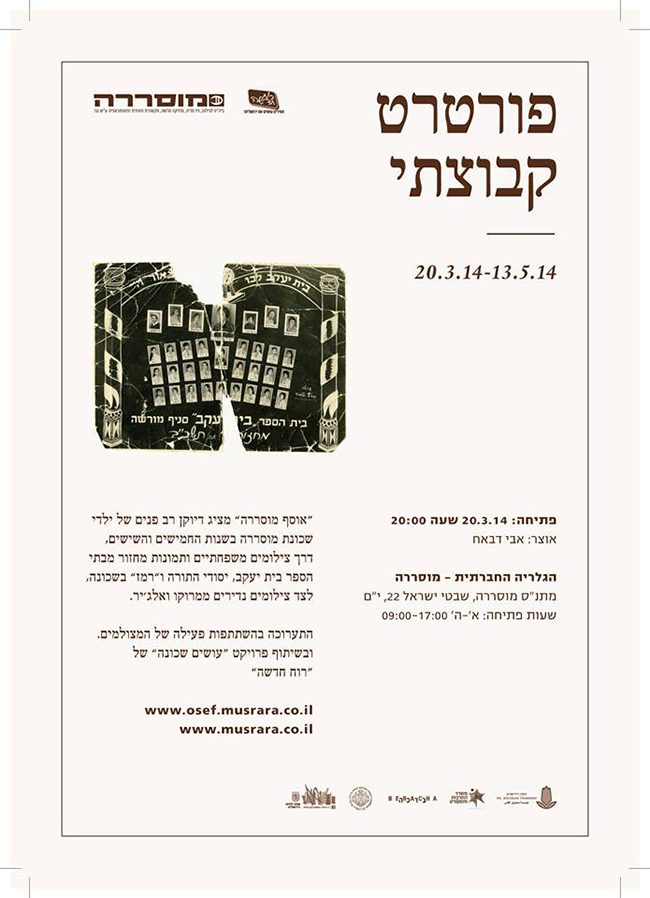