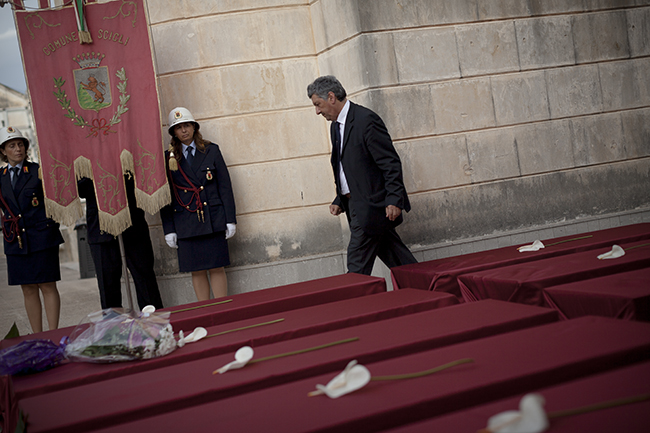 Scicli, Italy – 15th of October, 2013: Domenico Manzione, the Italian undersecretary at the Ministry of the Interior responsible for immigration law, at the funerals for 13 migrants who drowned on the night of the 30th of September in sight of the nearby Sicilian beach of Sampieri.As almost everybody remarked repeatedly during the funeral, such tragedies have become commonplace in the Mediterranean, with more than 500 migrants and refugees lost at sea during the month of October alone. 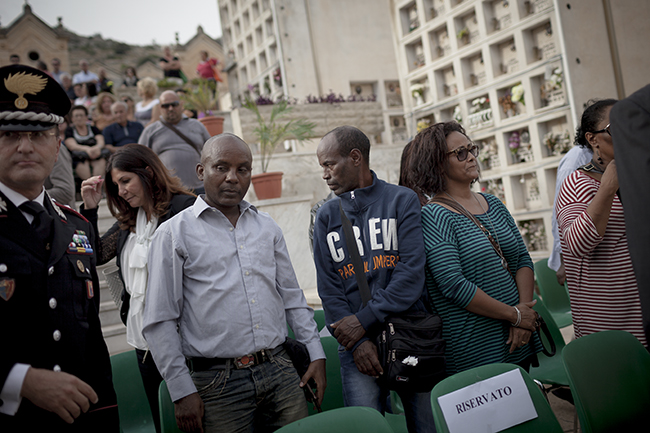 The relatives of some of the victims came to the funeral, from northern Italy or even from abroad, and inexplicably found the first rows of seats at the ceremony “reserved” for the Italian authorities. News of the disaster travelled fast on the informal networks which link migrant communities across Europe, reaching relatives and friends who had gone through the same journey across northern Africa and the Mediterranean. These networks often play an important role in giving names to those who would otherwise remain anonymous victims. 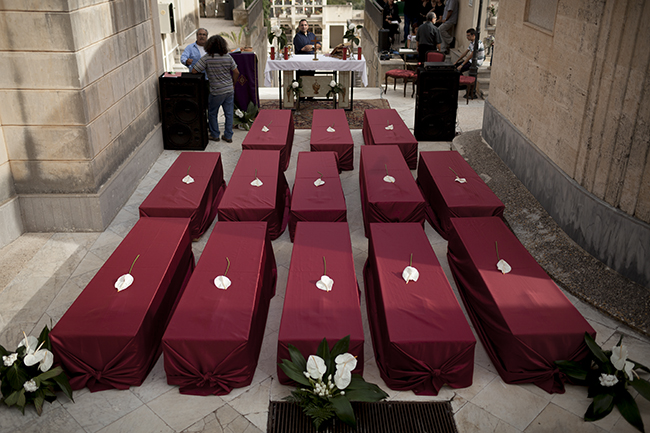 The 13 migrants died as they tried to reach the beach after the small fishing boat they had crossed the Mediterranean on run aground in sight of the beach. Rescuers saw the boat’s crew members violently order the migrants to jump into the water, and beat those who refused. The people who manage the human trade in the Mediterranean are often described as “pirates”, and have often shown no regard for the lives of the migrants who turn to them in their quest for a way to reach Europe. 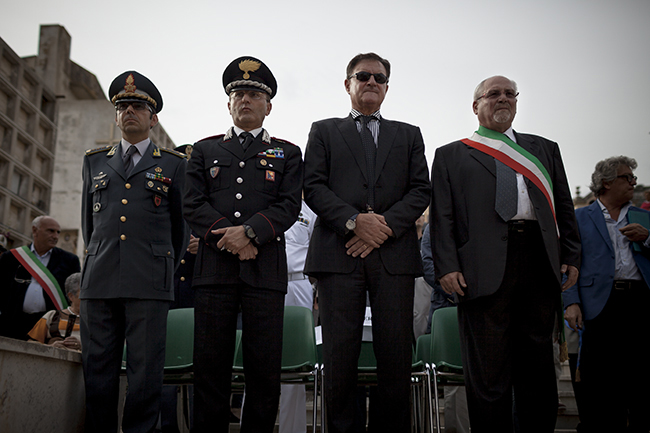 The police superintendent for the province of Ragusa Giuseppe Gammino (center-right), the major of Scicli Franco Susino (right) and local police commanders (left) attended the funeral, seeking to show solidarity from the authorities. 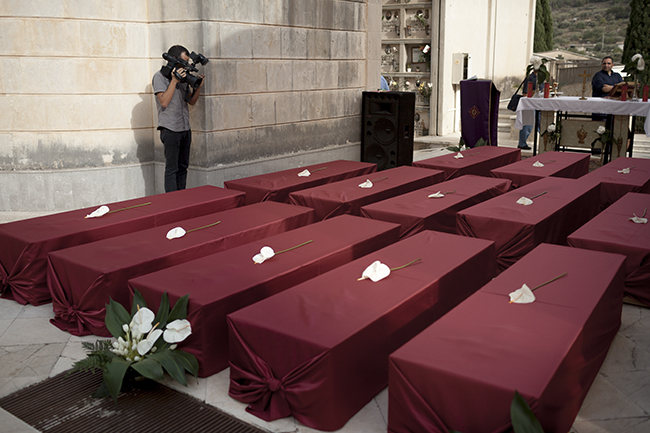 Taking place less than two weeks away from another two shipwrecks which killed more than 400 migrants of the southern island of Lampedusa and shocked Europe, the funeral marked a time of heightened media coverage and public attention for the plight of migrants in the Mediterranean. The government reacted by launching a major navy operation, called Mare Nostrum (Our Sea), which saw the deployment of an helicopter-carrier ship and unmanned Predator drones to safeguard lives and monitor the migration routes. 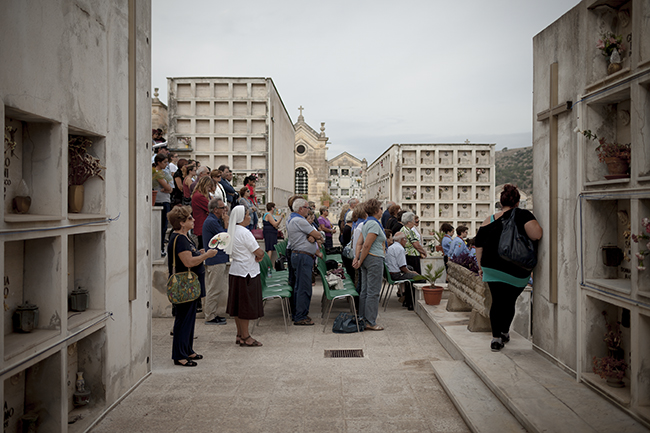 A priest of Eritrean origins took part in the funeral, reciting prayers in the victims’ language and telling the story of those whom, fleeing one of the world’s most oppressive dictatorships, travel across war zones and deserts and put themselves at the mercy of criminals to seek refuge in Europe. 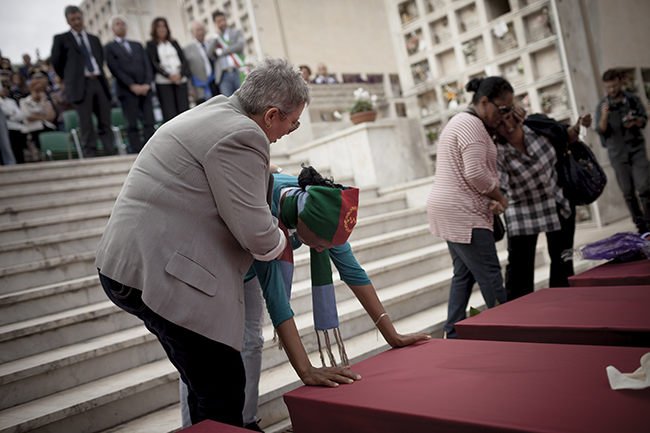 The sister of one of the victims was at the funeral, and halfway through the ceremony broke into a loud cry and went to touch the coffins, not knowing which one was that of her brother. 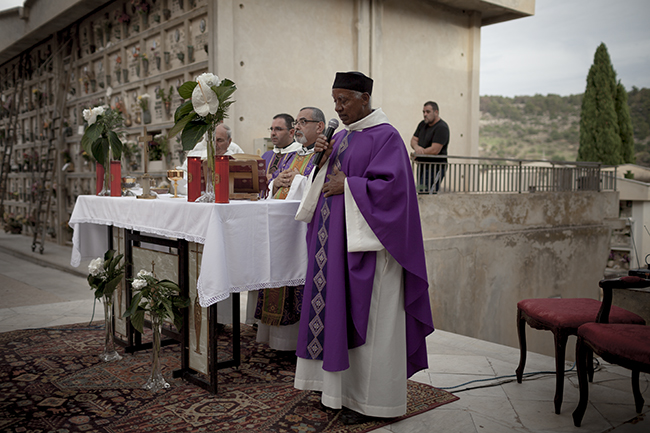 Many inhabitants of Scicli and the surrounding villages came to pay their condolences to the victims. Living on an island which has lost thousands of its people to the sea and millions to emigration, Sicilians show great solidarity with the plight of the migrants, notwithstanding their island finding itself right at the middle of a historic migration flow which is deeply affecting Sicilian society. 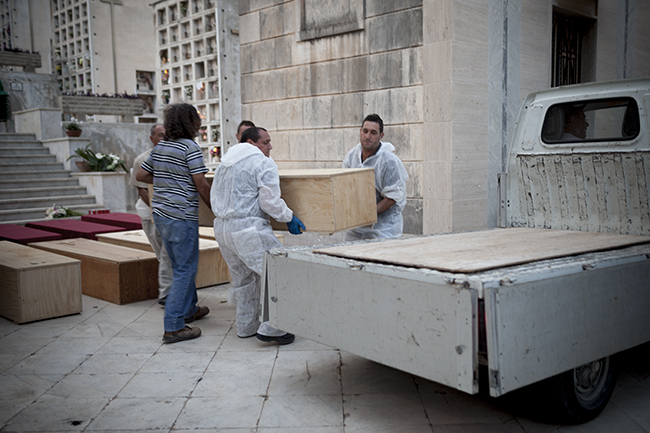 After the funeral, the coffins were brought back to the morgue, until their fate could be decided. Four of the victims were muslims, and would probably be buried in a nearby Islamic cemetery, while some of the others were reclaimed by their relatives, who had to navigate Italian bureaucracy to receive the authorization to repatriate the bodies. The remaining migrants would be buried in Scicli, ending their journey in a small cemetery thousand of kilometres from their homes. 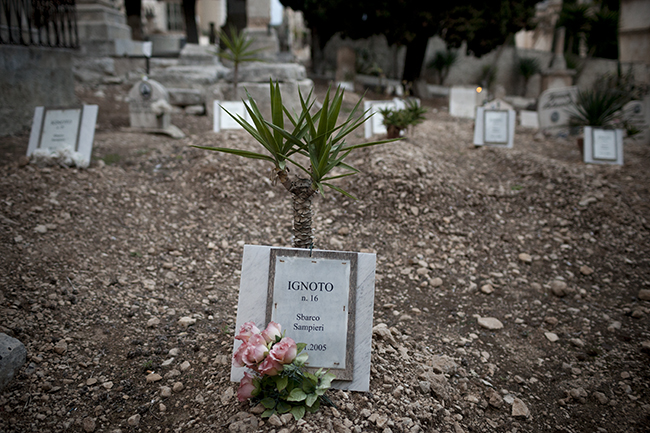 Twenty-five migrants, who died almost on the same beach in 2005 and whose identities were never ascertained, are already buried in Scicli’s cemetery, their graves marked as “unknown” and covered by fresh flowers. 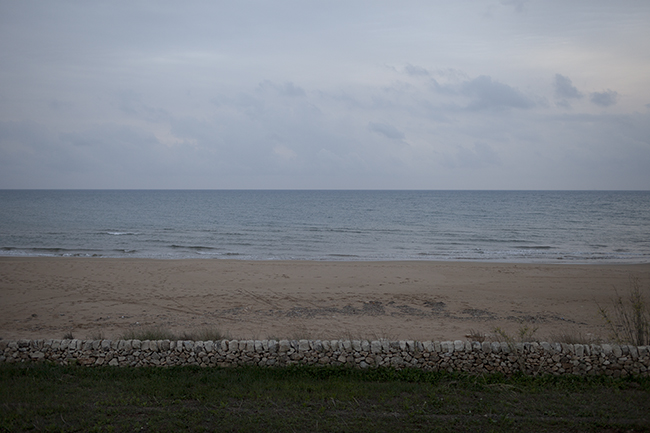 A beach not far from the site of the shipwreck, and one on which maybe other migrants have been more fortunate in their quest to Europe. Myriads of people have crossed this sea since biblical times, and the shores Sicily saw the landings of Phoenicians, Greeks, Romans, Arabs, Byzantines, Normans, Spaniards, French and many more others. The name itself of the sea, Mediterraneo, means “in the middle of the land” and offers a hint of its historic role as a passage from one place to another.

The Italians have crossed it as recently as the last century, in the opposite direction from that of today’s migrants and on their way to colonize Libya and Eritrea, two bloody events which played a key role in setting in motion the long chain of disasters which makes these two countries the hell they are today, and push the migrants to our shores. In any case, it is not redress for an historic injustice that these people seek across the sea, but simply a safe place to be, and a better life for themselves and their families.