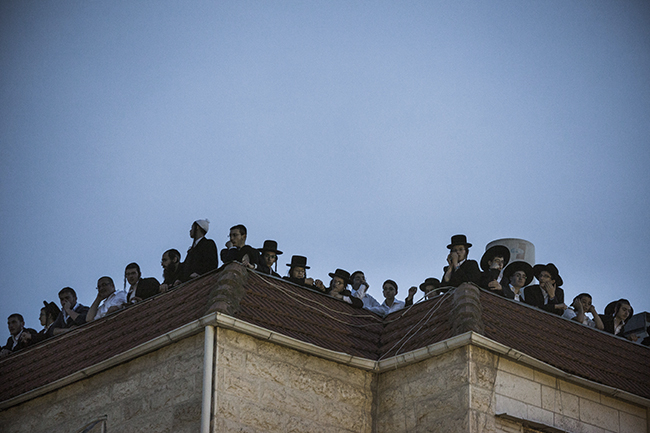 Jerusalem, Israel – 15th of May, 2013: Tens of thousands of haredim (ultra-orthodox Jews) gathered outside one of Jerusalem’s army induction centers to protest against the government’s plan to begin drafting them into the IDF. While the greatest rabbis of Jerusalem spoke in the harshest terms against the “evil decree” and wowed to resist it by all means, haredi youth clashed with the police forces deployed around the demonstrations, pelting them with stones before being violently cleared out of the streets.

Following the last tightly contested elections, a new Israeli government was established without including the haredi parties. In the fragmented world of Israeli politics the crucial votes of the haredi sector had been used by the haredi parties to ensure that their voters’ Torah-centered lifestyle would be preserved. This arrangement, which traces its origins to David Ben Gurion’s (Israel’s first prime minister) decision to make governments with anybody but the right-wing and the communists, over the decades led the growth of an entirely separate haredi society with its own schools and institutions, heavily funded by the state and exempt from Israel’s military draft.

While supporting the study of Torah and making sure outstanding students do not have to work is historically a traditional feature of Jewish communal life, the development of an entire sector of society with a propensity to making large families and an aversion to joining the workforce attracted growing hostility from the rest of Israeli society, and especially from the increasingly taxed secular middle-class. Under pressure by a worsening financial situation and with the public asking for immediate action, the new Finance Minister Yair Lapid announced the slashing of funding for yeshivas and of those child allowances that allow the largely unemployed haredim to support their large families, albeit in dire poverty.

This came not long after the Tal Law, which previously exempted yeshiva students from army service, was ruled to be unconstitutional also because of a large protest movement led by army reservists which last year took to the streets calling on the government to “share the burden” of defending the state across society. Disregarding the veiled objections raised by the IDF, which is not exactly short on manpower and has repeatedly hinted at the costs and difficulties of integrating the religiously observant haredim into what is essentially a secular army, the government begun to make plans to draft haredi boys, with the dual aim of making them enter the workforce while at the same time pacifying the secular middle-class. 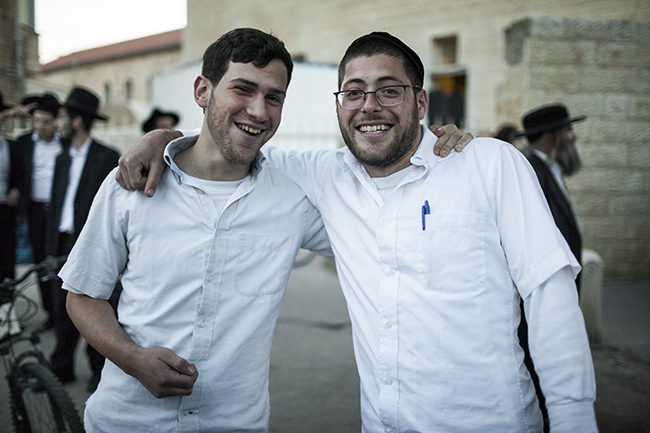 Thousands of haredim and religious students joined the demonstration near one of Jerusalem’s army induction centers, including hundreds of religious Jews who came from abroad to study in one of the city’s many yeshivas. Thanks to the generous support of the state and to the haredi communities’ growing numbers, Israel became a “superpower of Torah”, with tens of thousands of students devoting their entire time to the study of Jewish religious text, an achievement that the haredi see as a partial reparation of what was lost in the destruction of Europe’s Jewry during the Holocaust. 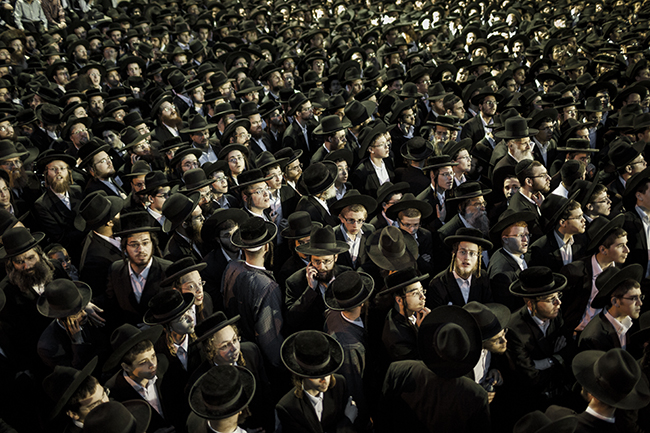 Living in the secluded neighbourhoods which are largely regarded as off-limits by Israel’s secular citizens and educated in a school system that shuns secular subjects and ideas, the haredim grew to see obligations such as army service as completely alien concepts. Many haredim, especially in Jerusalem, also belong to non-Zionist communities which existed before the establishment of Israel and in some cases even regard it as as blasphemy, due to its secular nature, its obedience to earthly laws and Zionism’s plan to return all Jews to the Land of Israel, an act they describe as “forcing God’s hand”. 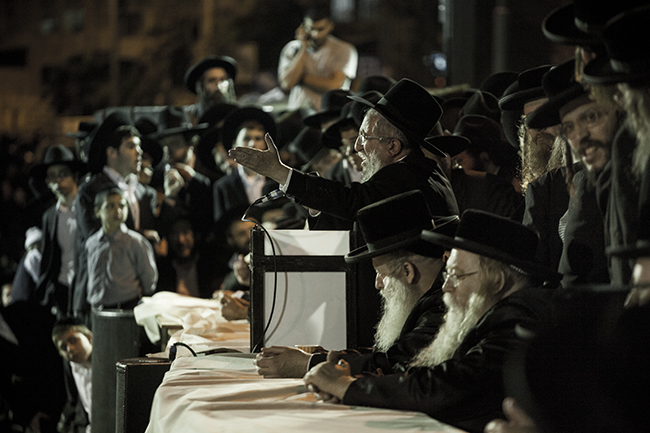 Speaking in Yiddish, a leading rabbi blasts the government’s plans as an affront to God and calls on the haredim to fight what he defines as a holy war in the name of the Torah. In haredi society, the study of Torah and obedience to all of its proscriptions is the most important thing in life, and represents the true duty of all Jews. The haredim see themselves as the last keepers of the Jewish people’s covenant with God, and know that it is only thank to their endless dedication and religious observance that God’s wrath has not been poured on the Jewish people as it was the case with the Holocaust, an event many haredim explain as divine punishment for the assimilation of European Jews into their surrounding societies. 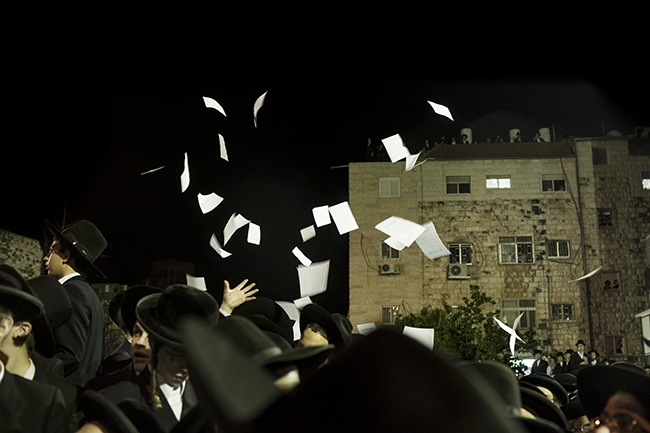 Haredi activists throw pamphlets into the air, calling for further demonstrations and denouncing as traitors the hardakim (”frivolous haredim”, also a play on the Hebrew word for insects), those few haredim who have already joined the IDF in units such as the Nahal Haredi, a special battalion set up especially to accommodate to their religious needs and only made possible by generous donations from foreign Jewish donors. 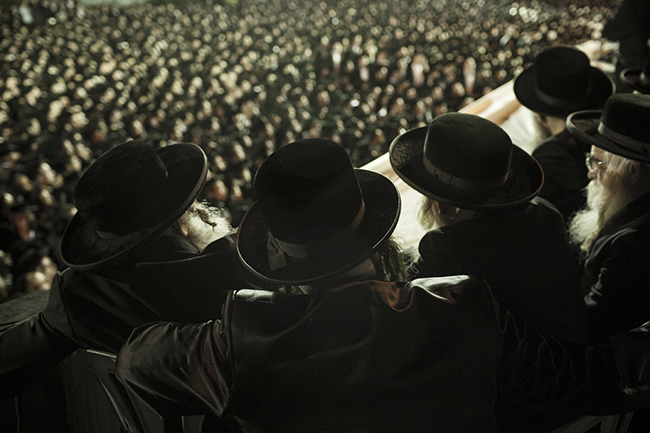 With few exceptions, the haredi rabbis unanimously reject the government’s plan and stated they would do everything in their power to stop it, going as far as declaring that they would willingly go to jail en masse rather than being “secularized” by joining the IDF.
According to the rabbis, joining the IDF would expose the haredi youth to secular ideas, take them away from the study of Torah and eventually force them to stop following its commandments, putting an end to what they see as the last, true Jewish communities. 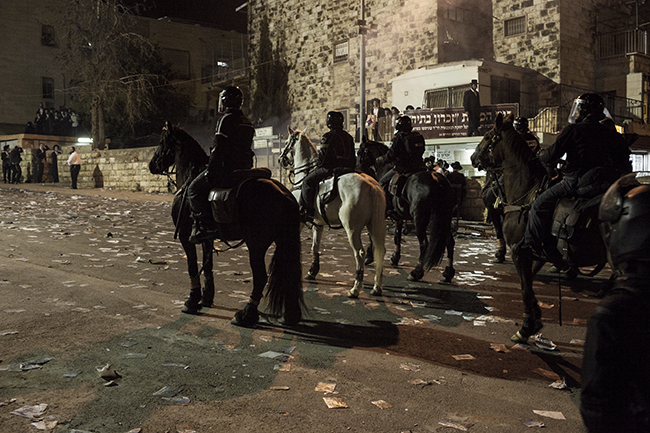 As rabbi after rabbi took the stage to threaten all sorts of responses such as a mass-emigration of yeshiva students in order to avoid the draft, small groups of youth begun clashing with the police force deployed to guard the demonstrations, hurling stones at them. The haredi youth, brought up not to recognize the authority of the secular state, have a notorious difficult relationship with the police, who in turn largely reciprocate the bad feelings. Notwithstanding repeated calls by the organizers to refrain from provocations and remain peaceful, the stone-throwing continued for hours. 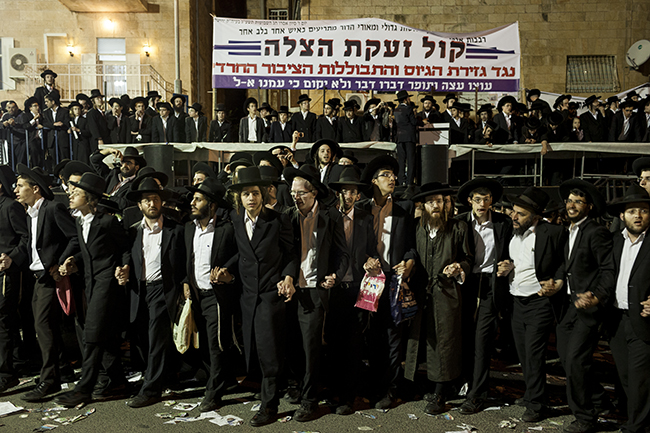 At the end of the demonstration, the rabbis all joined together in leading the Shema prayer, pleading with God to assist them in the coming struggle. As a festive mood descended on the square, hundreds of demonstrators took to dancing, singing and wowing to fight with all means against the government’s plan in the name of the only higher authorities they are loyal to, God and Torah. 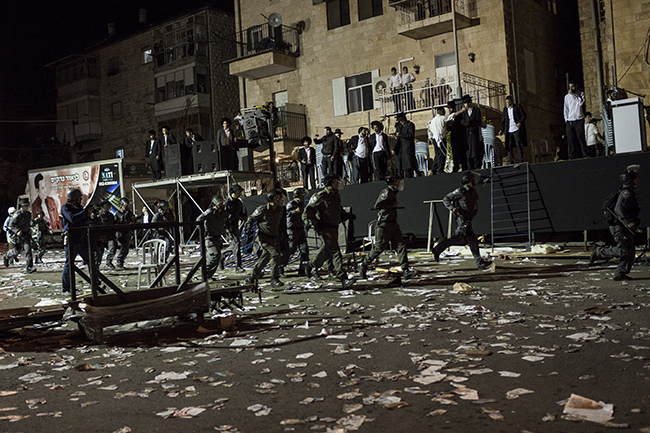 Having waited for the great rabbis to leave the stage and obviously angry after hours of having stones and all sorts of abuse such as “Nazis” hurled at them, the police suddenly charged the demonstration with the aim of clearing it out of the streets. 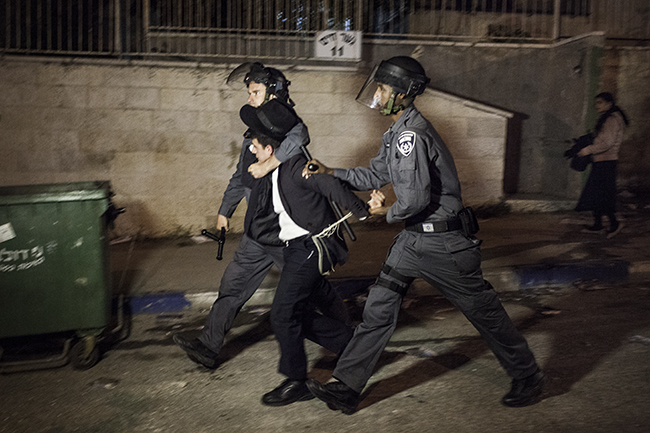 As is the case with the militant Jewish settlers of Judea and Samaria, policing the haredim is not an easy job for the Israeli police. Faced with real and sometimes even violent opposition, the police mostly restrains from using non-lethal dispersal methods, as Jews are not supposed to use violence on each other. However, the circumstances often lead individual policemen to grow frustrated and became extremely violent when they finally manage to get a hold of one of their opponents. On the other hand, many haredim don’t ascribe much value to the laws of the state and truly could not care less about spending time in prison, making it extremely hard for the police to impose their authority. 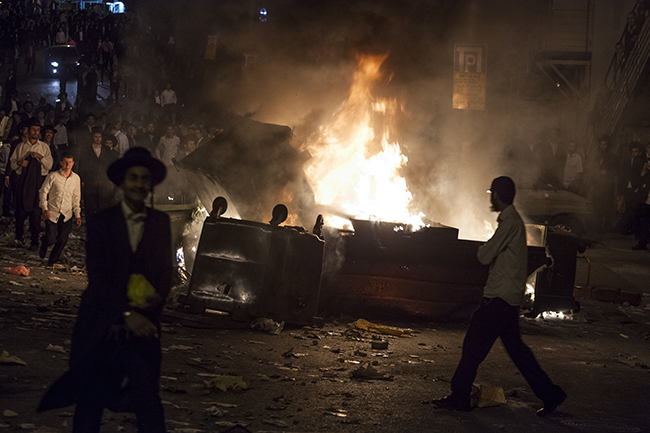 The haredi youth refused to be dispersed and begun setting garbage on fire, in one case even launching a wheeled dumpster against horse-mounted police in an act that could have had fatal consequences had one of the fallen policemen been hit by the dumpster or trampled by a horse. Unsurprisingly, this only enraged the police even further. The situation degenerated as most adults left, leaving the street to hundreds of haredi teenagers who would not miss the chance to have some fun, something that must not happen often in their lives mainly filled with long hours of religious study and completely sheltered from distractions such as internet, TV or videogames. 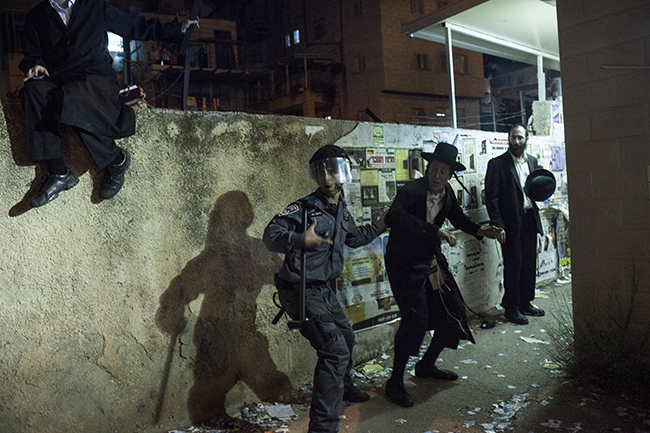 As the evening gave way to the night, chaotic scenes of Israeli policemen hunting down religious Jews ensued, with the police entering houses and yeshivas in order to arrest stone-throwers and quell the riot. While this might appear surreal to some, it is actually a regular occurrence for many haredi activists, who experience daily conflict with Israeli police due to their radical opposition to the Israeli state. 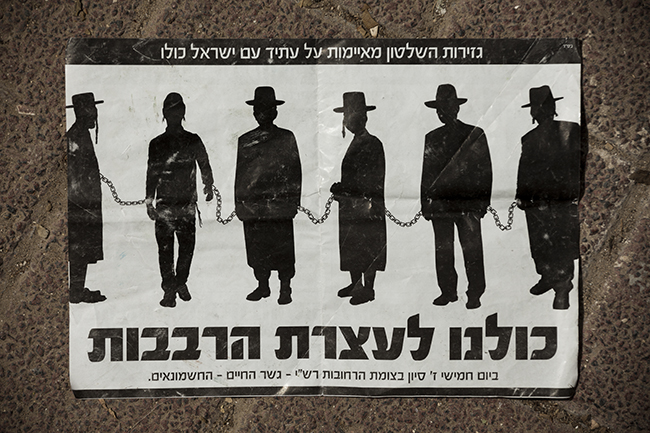 A leaflet from the demonstration shows the different haredi factions united by chains, a sign that the traditionally fragmented haredi society might eventually unite in their uncompromising struggle against what they describe as the government’s plan “to destroy and eliminate religion and the Torah of Israel”.