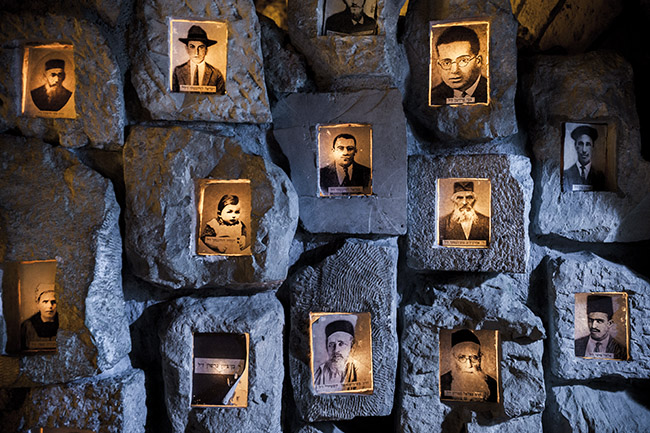 Even among all places in the conflict-ridden Holy Land, the city of Hebron stands out for its bloody recent history. Originally one of the Four Holy Cities (Jerusalem, Hebron, Safed and Tiberias, which since biblical times had an uninterrupted Jewish presence), Hebron had a lively Jewish community before the Zionist colonization, living side by side with a wealthy Palestinian population. However, as Zionism established itself in Palestine and Arab nationalism developed, sectarian tensions begun to grow. In August 1929, incited by false rumors that Jews were about to storm the Al-Aqsa mosques in Jerusalem following a series of provocations and clashes, the Jewish community of Hebron was attacked by Palestinian crowds and nearly destroyed, putting an end to thousands of years of coexistence.

Jewish presence in the city was eventually erased altogether in the Great Arab Revolt of 1936 and under the Jordanian occupation which followed the 1948 war. In 1967 Israel conquered the city during the Six Days War. The following year, a group of Israeli activists led by rav Moshe Levinger took rooms at the central Park Hotel while posing as European tourists, and celebrated Pesach there. When they then declared it a settlement and refused to leave, the Israeli government allowed them to move into a military building nearby, officially re-establishing a permanent Jewish community in Hebron. 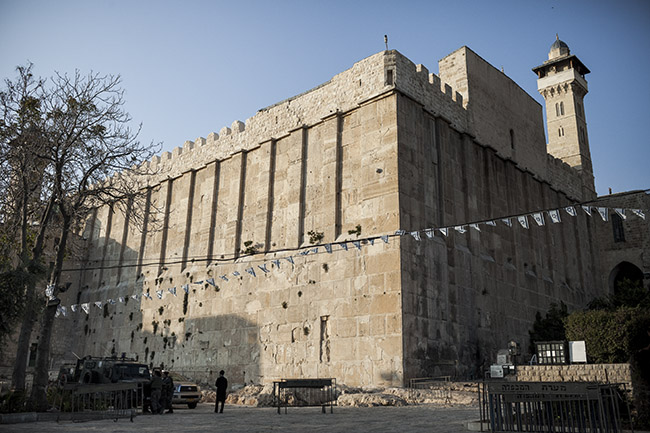 At the center of the dispute over Hebron is the Me’arat ha-Machpela, the Cave of the Patriarchs. Believed to be the first Jewish property in the Holy Land, the Machpela contains the graves of Abraham and all the main Jewish patriarchs. After the Arab conquest, it became the Ibrahimi mosque and was for centuries mostly inaccessible to Jews. Today it is managed both by Israeli and Islamic authorities, with the two communities somehow sharing the site. On the 25th of February 1994 an Israeli settler and member of the radical Jewish self-defence movement Kach, Baruch Goldstein, celebrated Purim (a religious holiday commemorating the slaughter of their enemies by the Jews of Babylon in biblical times) by entering the mosque while wearing an IDF uniform and opening fire on Muslim worshippers, killing 29 of them and wounding 125 before being overpowered and lynched. 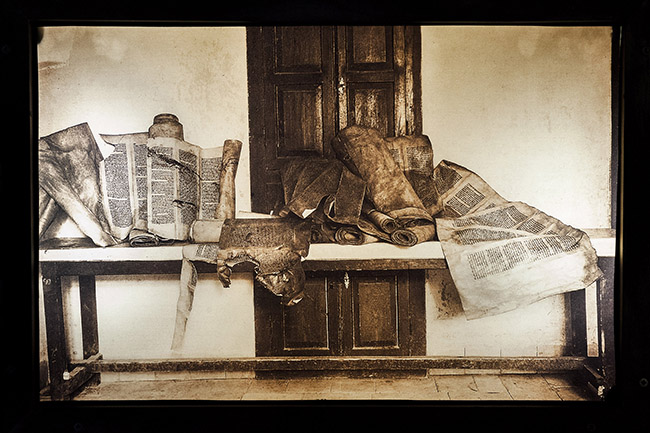 A photo of Torah scrolls desecrated during the 1929 massacre community is displayed in the Hebron Heritage Museum, established by the Israeli settlers in the Beit Hadassah compound to tell the story of the city’s Jewish community and commemorate the 67 Jews killed in the massacre. While some Palestinian families sheltered Jews saving hundreds of them, British authorities failed to stop the violence and numerous Jewish synagogues, homes and even an hospital were attacked, looted and vandalized. The 1929 massacre shocked deeply the Jewish community in Palestine, and still today it is seen by Israelis as an example of what could happen to all of them in the case of defeat in a war with the Arabs. 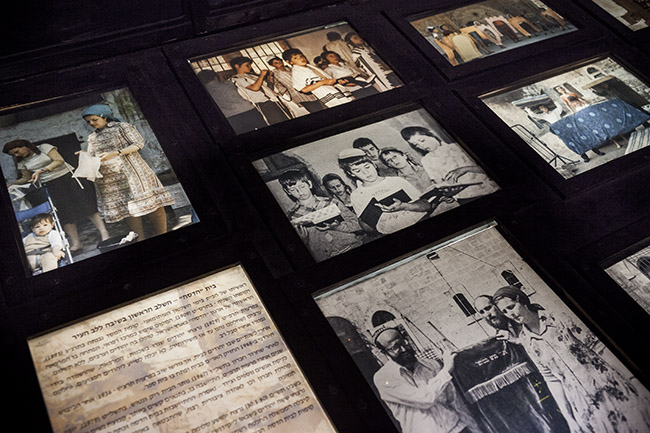 The museum also chronicles the rebirth of the Jewish community of Hebron, which from an isolated outpost quickly developed into to a full-fledged settlement. Arguing that the ancient city of Hebron is of immense historical importance to Jews, especially when compared to the 100 years old Tel Aviv, the Hebron settlers see themselves as returning to the roots of Jewish history and as re-establishing what was destroyed in 1929, in an endeavor that is somewhat different from the original Zionist project of creating an altogether new and modern Israeli civilization. In fact, the fervently religious settlers of Hebron are not exactly regarded as mainstream within Israeli society, as their ideology shifts further to the right and they find themselves into a growing conflict with the very Israeli authorities which protect them but mostly prevent them from expanding their presence in order to avoid an escalation of the violence and retain the control of the situation. 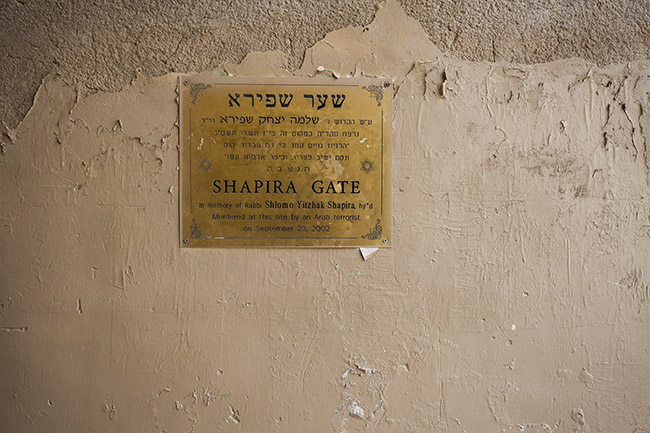 A plaque in the streets of Hebron commemorates rav Shlomo Yitzhak Shapira, killed at that spot by Palestinians in 2002. Three of his children were also wounded in the attack. Although Jews have returned to Hebron, things were never the way they were before the 1929 massacre, and the Israeli settlers never found much friends among their Palestinian neighbours as they set upon recovering Jewish properties and strengthening their hold on the city at all costs. A bloody cycle of attacks and revenge assassination was set in motion, with each community growing more hostile in the process. Under the Oslo accords the city was then divided into area H1, under Palestinian control, and area H2, practically a buffer zone around the Israeli settlements under strict control of the Israeli security forces, which also shut down the main market streets for security reasons. Today more than 500 Jews live and study in Hebron, protected by hundreds of Israeli soldiers and policemen.