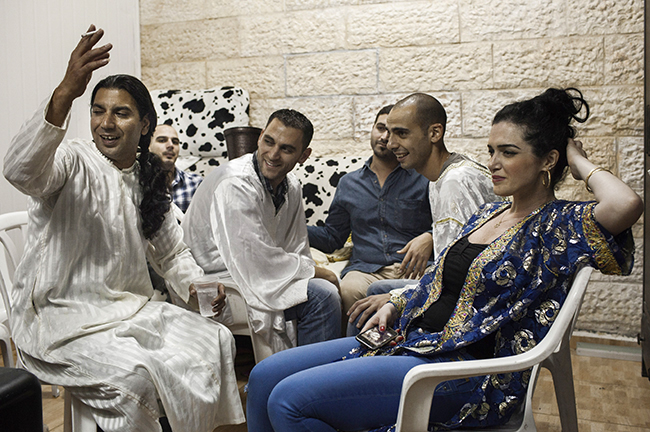 Jerusalem, Israel, 2nd of April, 2013: Israeli Jews of Moroccan descent sing traditional songs in Arabic at a party in the Musrara quarter, celebrating Mimouna, the traditional Moroccan-Jewish celebration held at the end of Pesach (the Jewish Passover), which also marks the beginning of spring.

Prevented from hosting non-Jewish guests or visiting their homes due to the religious restrictions imposed by Pesach, Jews in Morocco would invite all their neighbors and friends to the Mimouna party, in order to show them that they hadn’t seen them during Pesach only because of religion, and not because they didn’t like them.