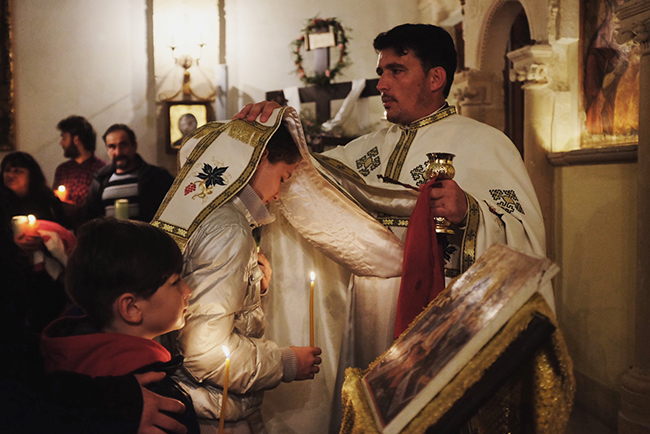 Lecce, Italy – 1st of May, 2016: A orthodox priest blesses the faithful during the Orthodox Eastern celebrations at the church of San Niccolò dei Greci, in the Apulian city of Lecce.

Also known as the “Greek Church”, the church was built in 1765 by Albanian and Greek merchants who lived in Lecce and followed the practiced the Byzantine rite. Since then, it has been one of the city’s many places where east and west meet, and today is largely frequented by migrants from Eastern Europe and the Balkans.