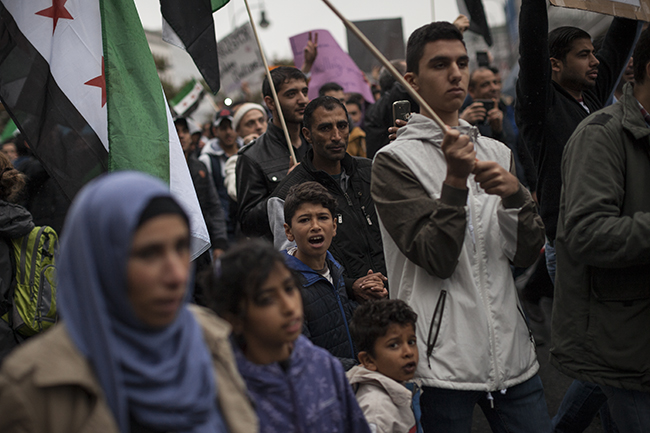 Berlin, Germany – 1st of October, 2016: Syrian refugees and Berlin residents take to the streets of the German capital to protest the ongoing attack against East Aleppo.

The eastern part of Syria’s second largest city has been held by the opposition to Assad’s regime for years, and is currently under siege by Syrian government forces and their allies.
The Russian air force has been accused of deliberately targeting civilians, hospitals and residential buildings in its attempt to force the rebels to surrender, which has seen the use of heavy ordnance such as bunker-buster bombs capable of demolishing entire buildings and hitting underground shelters. The besieging forces deny these accusation, and claim to be fighting Islamist extremists, whose presence in East Aleppo is not denied by civilians living there.

According to activists and mainstream media, hundreds of civilians have been killed since the latest ceasefire collapsed about a week ago, and an endless stream of images of widespread devastation and civilian casualties has been streaming out of the besieged neighbourhoods ever since. 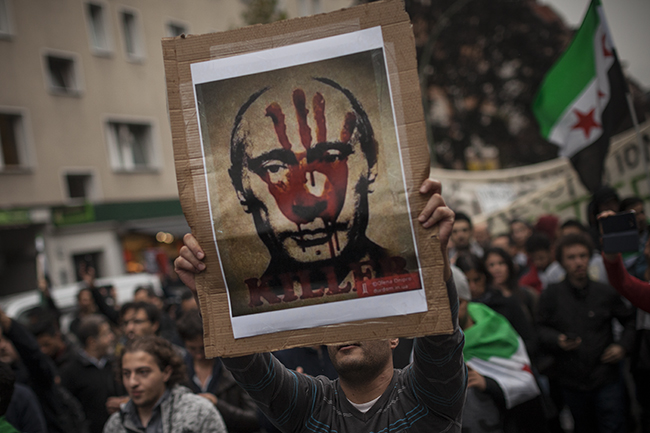 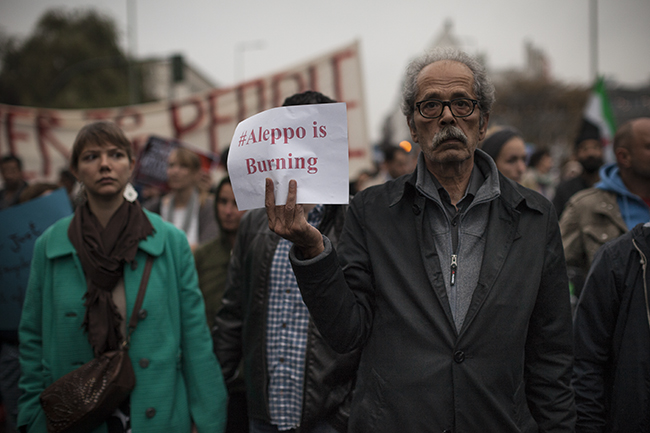 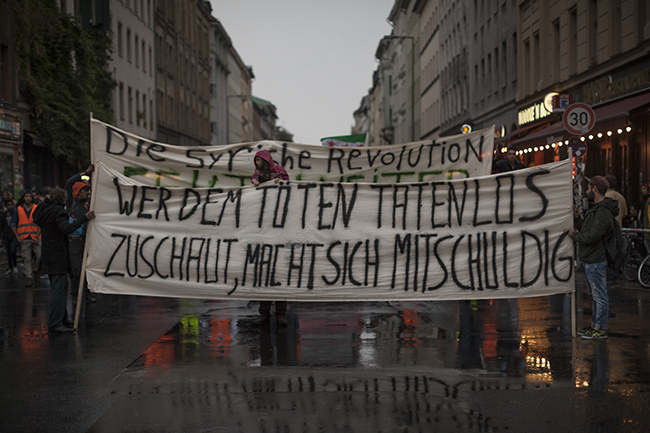 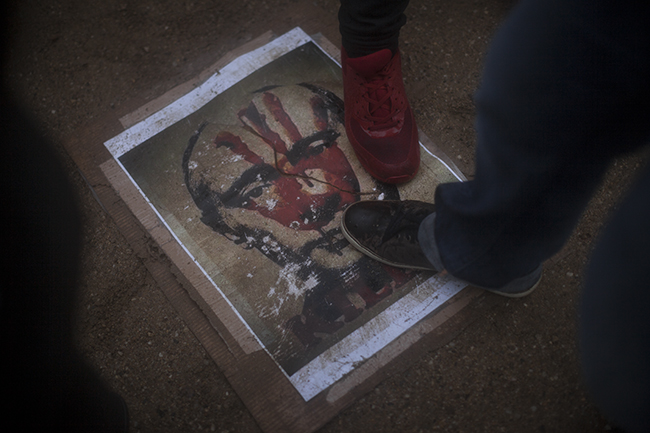 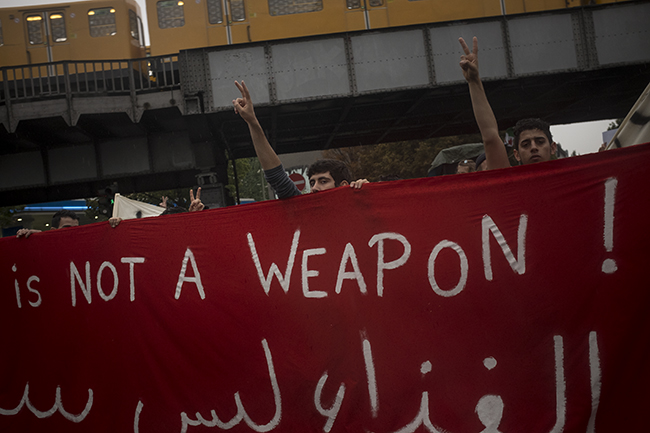 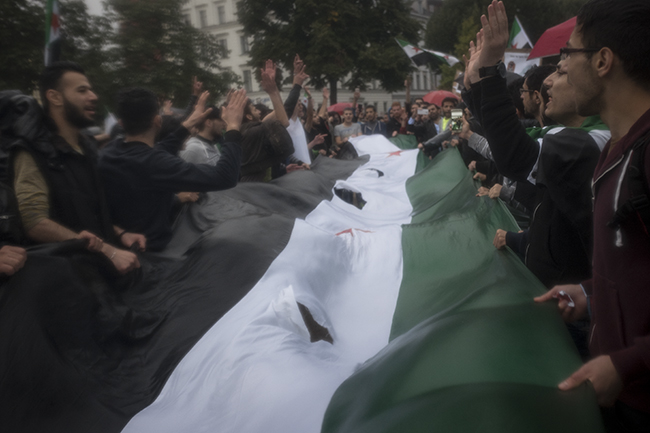